Female professors: TU Delft at the bottom of the pile

In Delft 4 out of 5 professors are male; an equal male-female division is nowhere in sight. (Foto: Pxhere)

At 17.9%, TU Delft is the only university in the country that has fewer than one in five professors who are female. TU Delft is yet again at the bottom of the LNVH monitor.

TU Delft is the only university in the Netherlands where fewer than one in five professors are women, as shown in the Dutch Network of Women Professors (LNVH) monitor on Thursday. TU Delft may have achieved its own target for 2020, but of all the universities in the country, that target was also the least ambitious at just 15%. Is there at least any progress to report? Yes there is, although it is just as unimpressive at 1% compared to the year before.

Quadrupling
The tone of the LNVH is more cheerful. The network points out that at national level much has changed in its 20 year existence. Of a meagre 6.5% of female professors then to more than one quarter (25.7%) at the end of 2020. This equates to almost quadruple the number. And if all the universities meet their targets for 2025, that would amount to 31.2% nationally, it would mean that the tipping point of critical mass will have been passed. This would be the moment in which there are enough women in the body of professors to change the norm. After this, greater diversity should happen automatically.

Breeding ground
This is still a way off for TU Delft. Just like last year, TU Delft is at the bottom of the pile and an equal male-female division is nowhere in sight. It does not look like there will be much progress either as, in contrast to the national trend, TU Delft appointed more male than female professors - five men and four women – in the monitor year.

What does jump out is that TU Delft scored well in terms of people emerging from the proverbial breeding ground for professorships. TU Delft has one of the highest number of appointments of female associate professors. Initiatives such as the new Parental Fund at the Faculty of Aerospace Engineering could help straighten the M/F balance, just as the TU Delft Technology Fellowship has been doing for a few years. 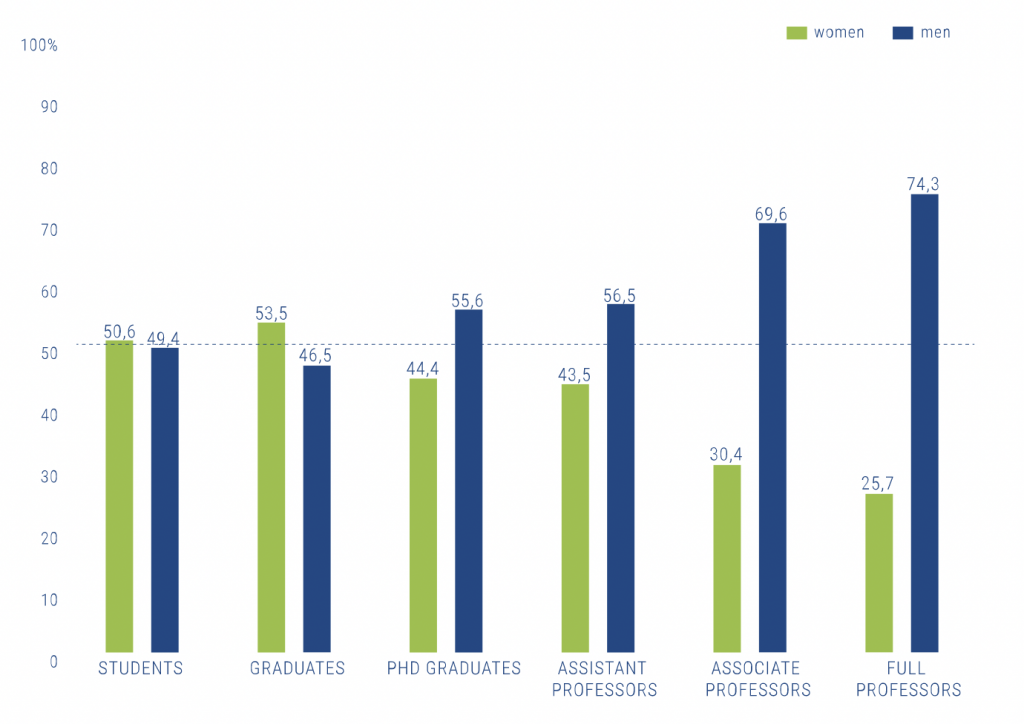