The Joint Interdisciplinary Project offers master students an opportunity to experience real-life engineering problems from all sides. Applications for September are open.

It’s a form of education that Vice-President of Education Rob Mudde believes should ideally be part of every engineer’s education. “JIPs (Joint Interdisciplinary Project) bring together students with different backgrounds to work on a common project. This 10 week process is not always easy, but the experience is unforgettable and students emerge from it as team players.” Delta asked three JIP students to share their experiences. 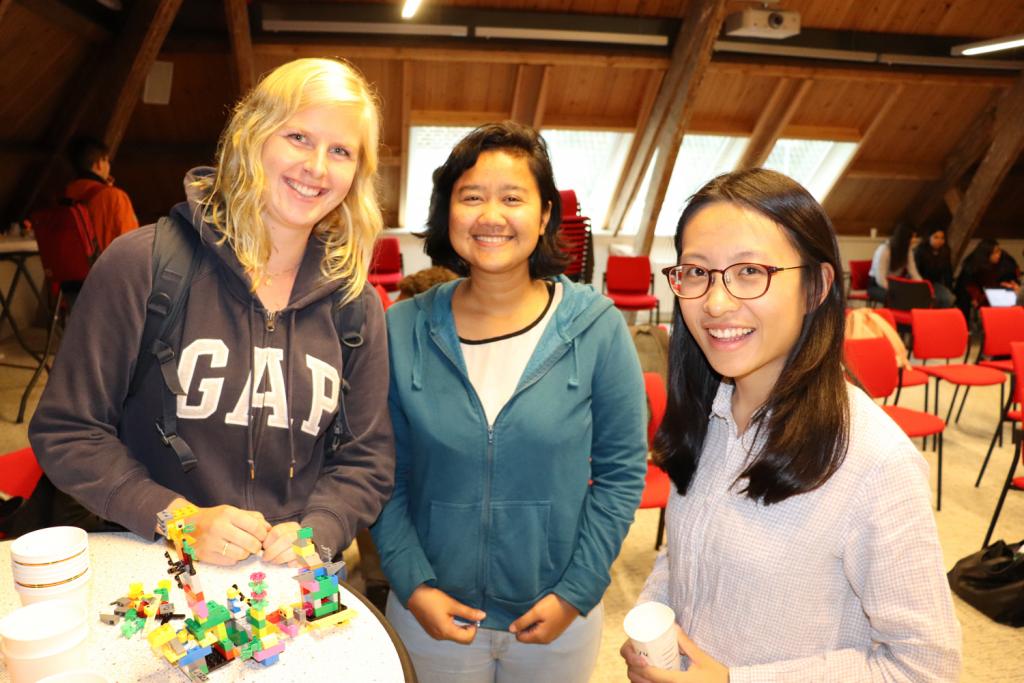 Learning by doing
Internships can help you grow, says Ai-Yu Liou (26) from Taiwan. She found that you often learn more on internships than at university. That’s why she joined the JIP as a second year master student of Materials Science and Engineering.
The team she joined did an assignment for Well Engineering Partners, a firm that works in salt mining, oil and gas, and geothermal energy. The JIP team were tasked with calculating the CO2 emissions of projects, and addressing corrosion problems in steel pipes. These tasks required mathematical modelling and programming - subjects that Liou had always shied away from.
“I have learned the importance of modelling and programming, and I’m not afraid of them anymore,” she says over the telephone. Another obstacle she conquered was a cultural one. In Taiwan, she explains, people are less direct and more afraid of failure. That had made her precise and careful in her work. Her JIP team members were less reticent and just started modelling. Now she understands that if you try (and fail), you know what further research you need to do. 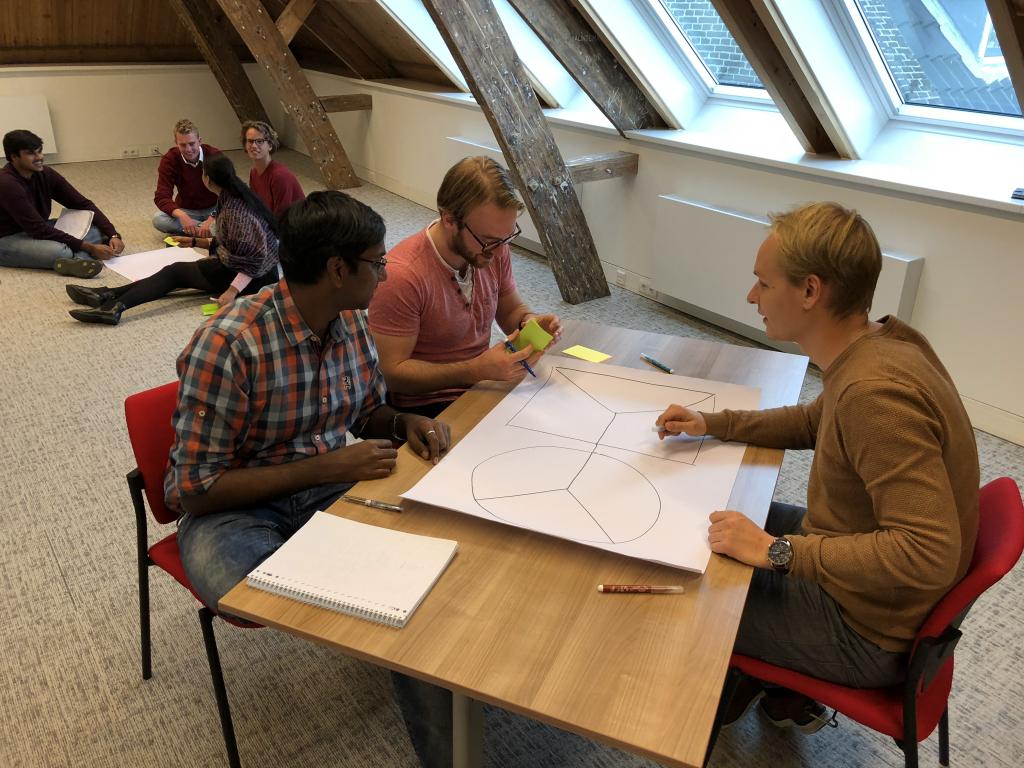 Beyond Architecture
A coincidental acquaintance with JIP coordinator Birgit de Bruin opened his eyes to the benefits of participating in the Joint Interdisciplinary Project. For Architecture students like Niels Franssen (26), it was an unusual step that required some convincing by the master’s coordinator at the Faculty of Architecture and Build Environment.
Franssen’s team did an inventory of secondary building materials from earthquake-damaged buildings in Groningen for Royal HaskoningDHV. But while his teammates dived into the dataset, Franssen began to wonder how these materials could be reused in building projects. He later pursued this line of inquiry for his master’s thesis Urban Mining in Design and Construction Processes.
From the others he learned at least to read code in Python, which to him before, could have been Latin. The JIP opened his eyes to the world outside his Architecture bubble - an experience he sincerely recommends to other Architecture students. Franssen feels that the JIP experience helped him prepare for the consultancy post that he currently holds. 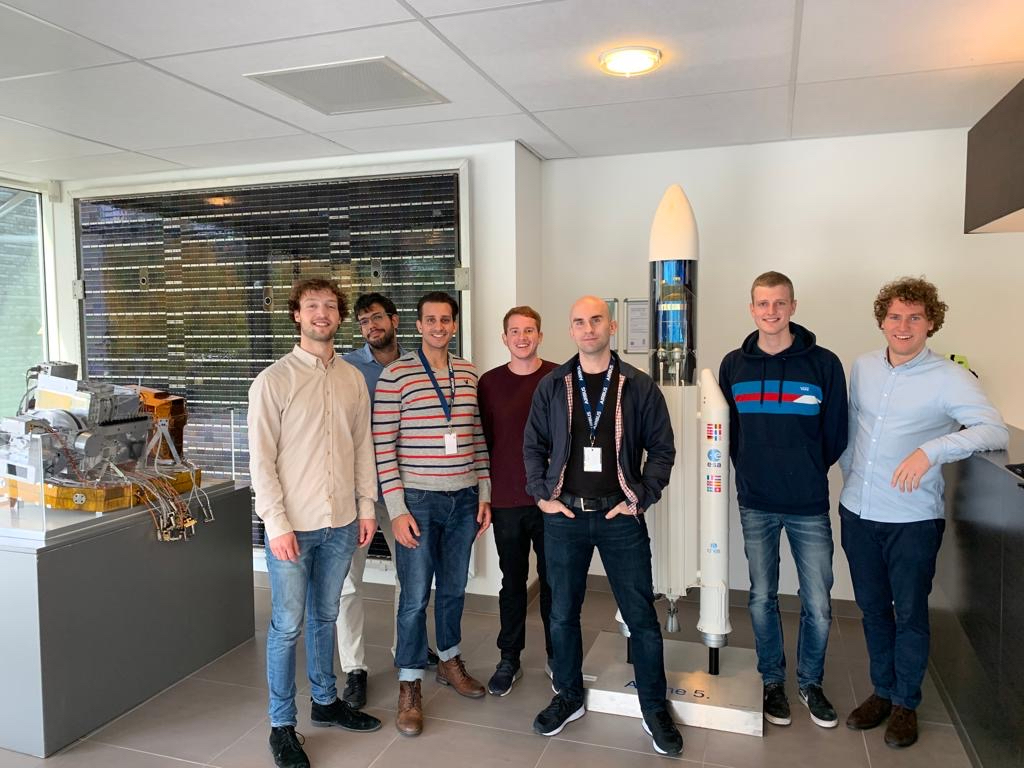 Philip Louchtch (bold) amidst his team on a working visit at Airbus in Leiden. (Photo: Private collection)

Team culture
“I didn’t really know what to expect, which made it great,” said Philipe Louchtch (28), master’s student in Computer Science. “It seemed interesting to work in a diverse team on a wide technological problem.” He joined the seven-man team working on an Airbus mission. Later, the team’s only woman, Maleen Histermann, joined the team from Airbus.
The challenge was to make air travel more sustainable, in part to allow for growth. After elaborate brainstorm sessions, the Game Changers team’s advice was to change fuel from kerosene to hydrogen. Ideally, hydrogen should be produced from sustainable electrical sources like sun and wind, but nuclear energy could also be an option says Louchtch.
Hydrogen flights would initially be limited both in size (100 persons maximum) and in distance (no transatlantic flights). For Louchtch, forging a team from a disparate group of individuals was the most fulfilling part of the project. The team was flat and non-hierarchical. “We built our own team culture by mixing the personal with the professional.”

Next round
Starting in September, teams of five students from various backgrounds will tackle projects presented by companies such as Fokker, Arcadis, Embraer, Airbus, Tennet, and others. The projects should be impactful, innovative, and have an actionable outcome.

Coronaproof
‘At JIP, as with all other education, we do not assume that the Covid storm will have subsided completely by the beginning of the new academic year', writes Aldert Kamp, Director of Education at Aerospace Engineering. 'We have transformed the information campaign and the student recruitment into online processes. In consultation with the companies we are currently working on the implementation of the projects.  We hope that, by that time, a limited number of adapted physical meetings will be possible again. If not, they will also be transformed into a remote scenario.For each assignment per company we are developing a scenario how we can carry out most of the JIP projects remotely, while allowing students to keep as much contact as possible with the engineering practice in the company itself.’

Practical points
The JIP takes place in the first quarter of the second year of the master programme and counts as 15 ECTS. During the JIP, students work both on campus and at the commissioning company.

Universities are coming up with all kinds of plans to combat work pressure, says the Labour Inspectorate, but they will probably not help.
Education

Voluntary self-testing is not helping to enable more physical education. Over 400 million euros have been wasted on it. Delft research on crowd control is successful, though.