The Energy Challenge Event on 9 June was an interim presentation of the acceleration of the energy transition - the lustrum theme. The students were full of fun ideas. 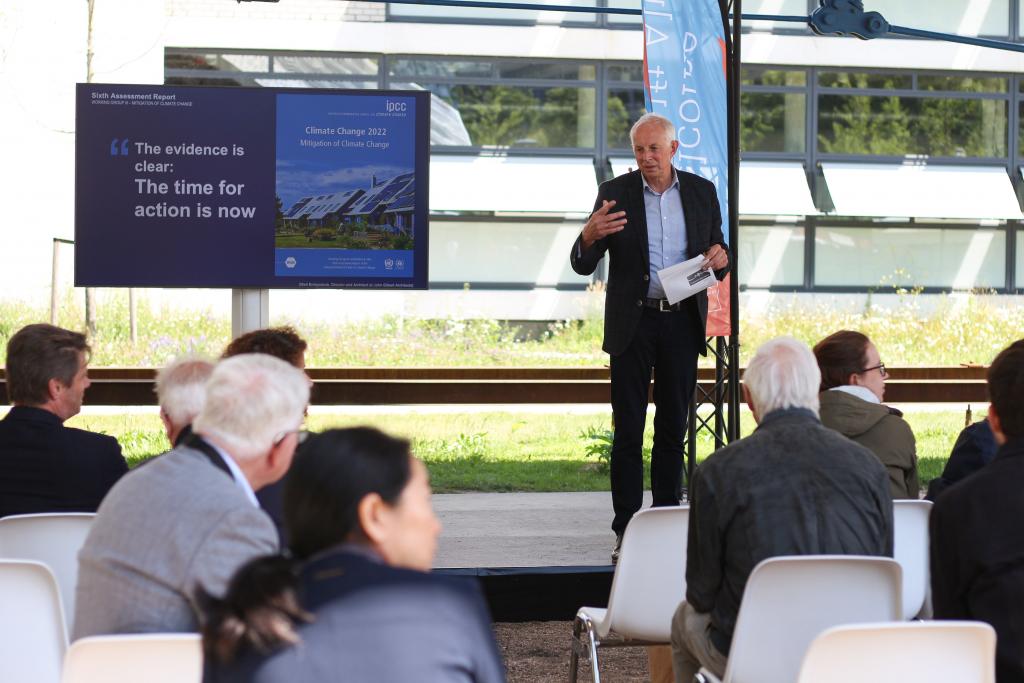 TU Delft energy expert and Intergovernmental Panel on Climate Change (IPCC) author Professor Kornelis Blok opened the afternoon by discussing the necessity for and possibilities of the energy transition. “The situation is serious but not hopeless,” he told the audience under the canopy. “There will be many more floods, droughts and storms, but we have a good chance of limiting global warming to two degrees. We need to accelerate the energy transition to limit the nasty consequences (of climate change).” 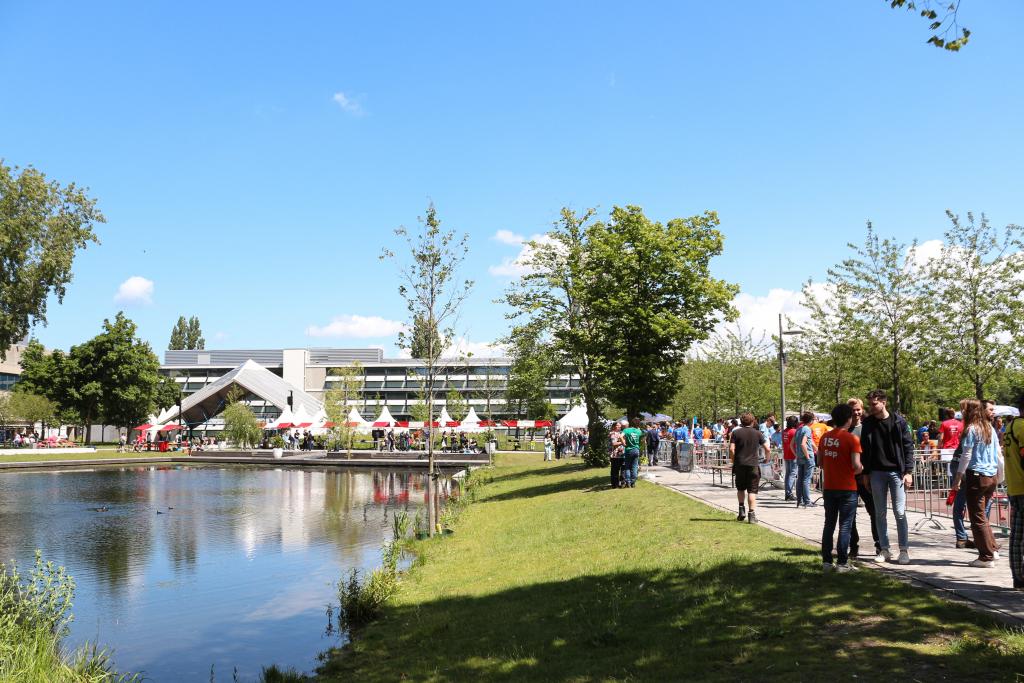 On the grounds in front of the Building Campus were highlights of what the past six months of education and design in the context of accelerating the energy transition has produced. 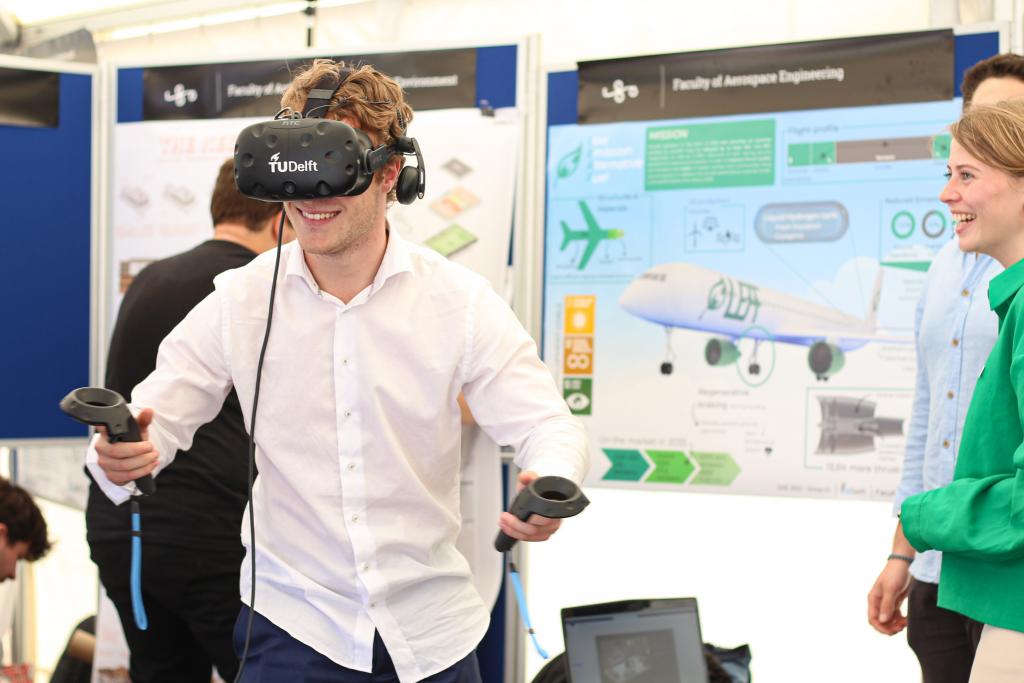 Aerospace Engineering students see the future of aviation through their VR glasses: Low Emission Alternative Fuel (LEAF). The plane takes off and lands on hydrogen (clean air lanes) and has electric motors in the wheels that recover and store energy when braking. 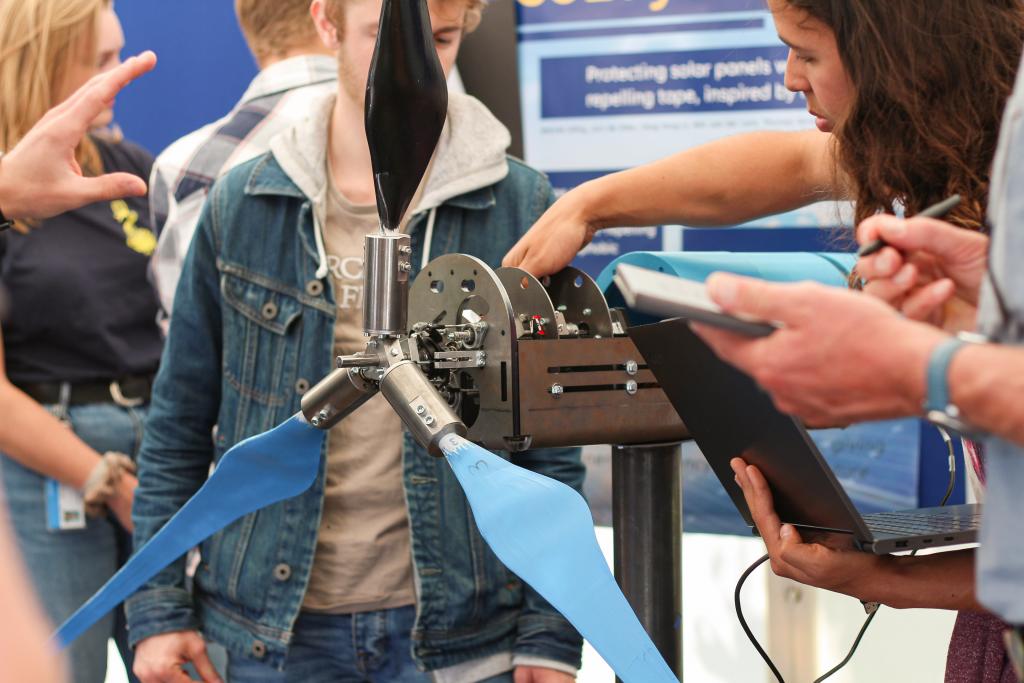 When a wind turbine in a wind farm changes the angle of its blades, this causes turbulence. For leeward turbines, this is a problem. These students used the swash plate of a helicopter to reduce the turbulence in the wake when changing the blade angle. 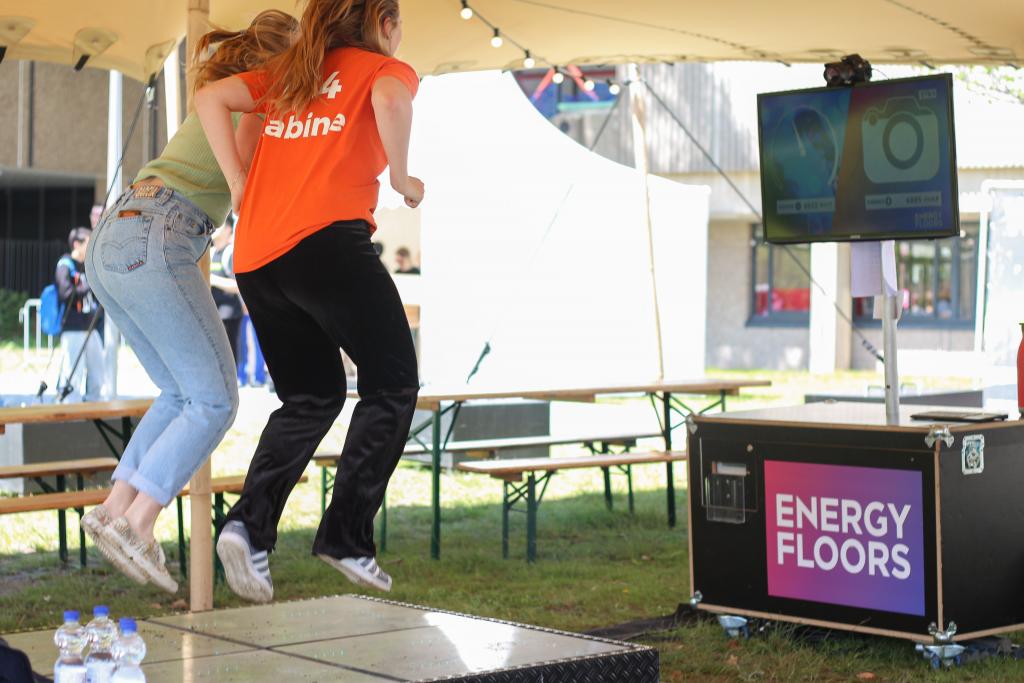 At the energy market, students were having fun on Energy Floors’ energy-generating floor. Energy Floors is a start-up founded in 2008 that has established itself in Rotterdam. They see raising awareness on sustainable energy as their main mission. 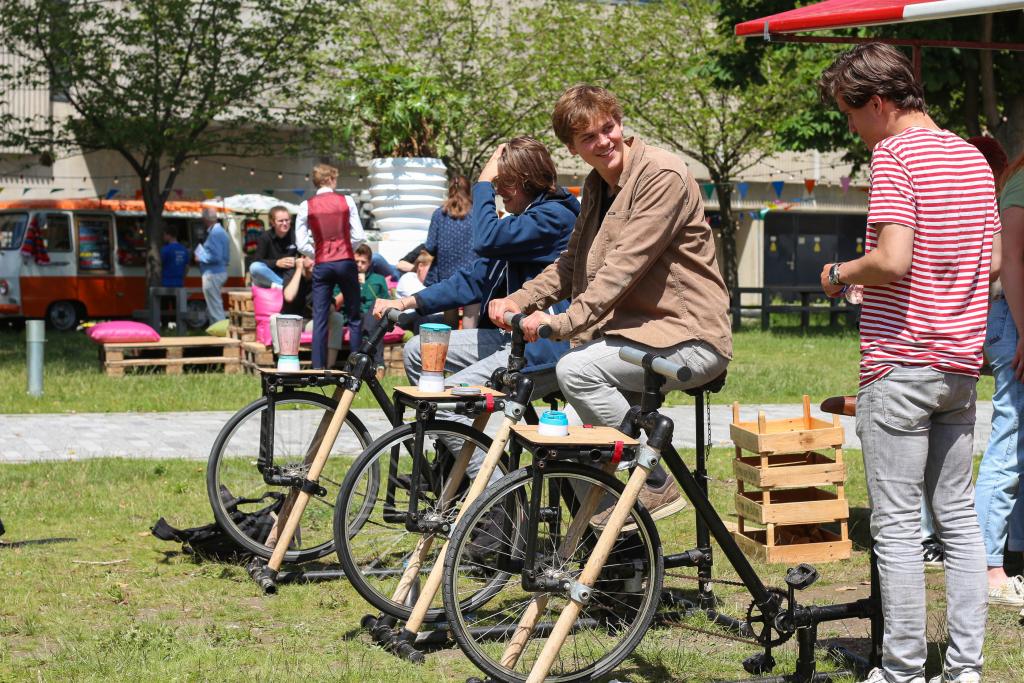 Generating energy is very tiring, as was experienced by visitors who mixed their own smoothies on pedal power. After a vigorous start, most slowed down their pace considerably. A little later, they were even happy to accept the large chunks in their juice. 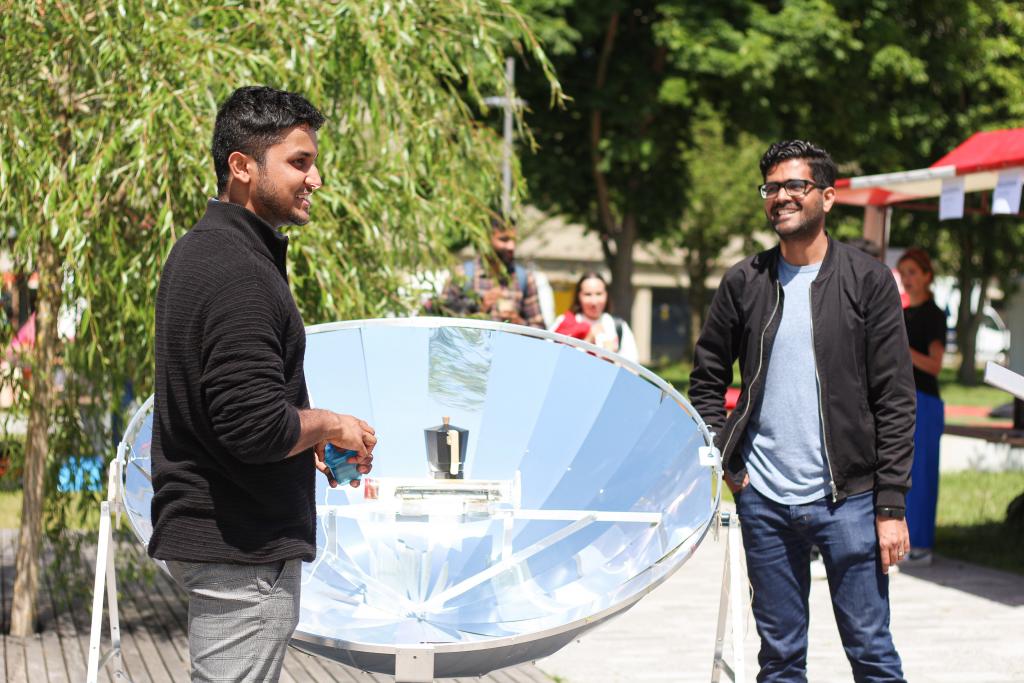 Take a large parabolic mirror, put a percolator in the middle and wait a few minutes for a sizzling hot solar espresso. The percolated coffee is further heated in a horizontal tube to create carbon powder that can be used as fertiliser. Sunny weather required. 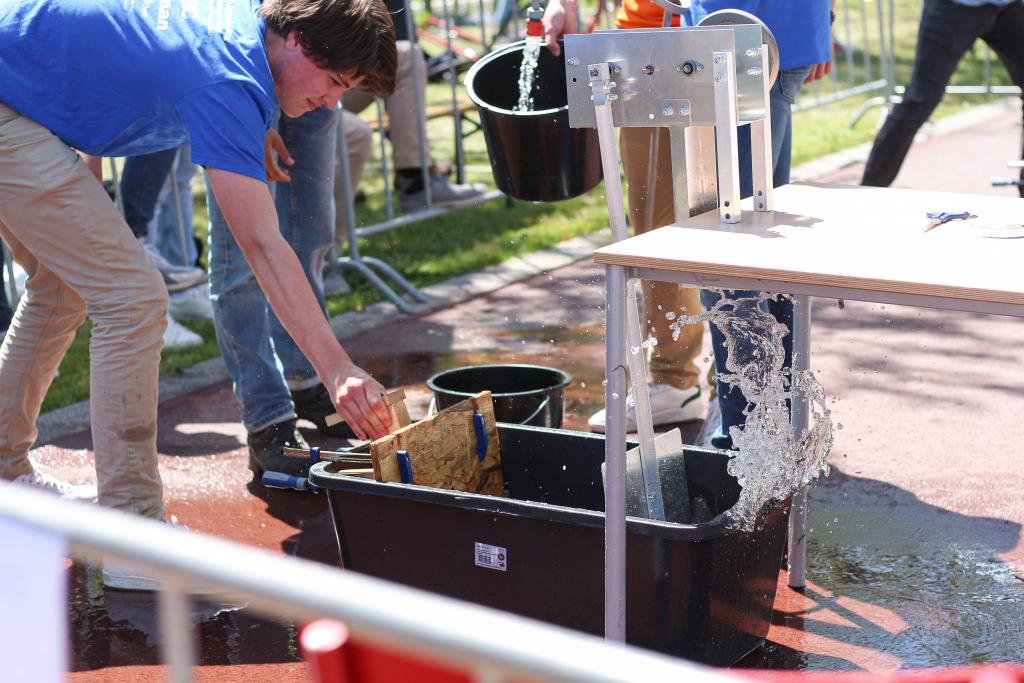 Six hundred first-year Mechanical Engineering students worked in 100 teams on devices that store energy generated by waves or convert it into a rotating movement. At the Energy Challenge Event, public demonstrations made the design competition a splashy event. 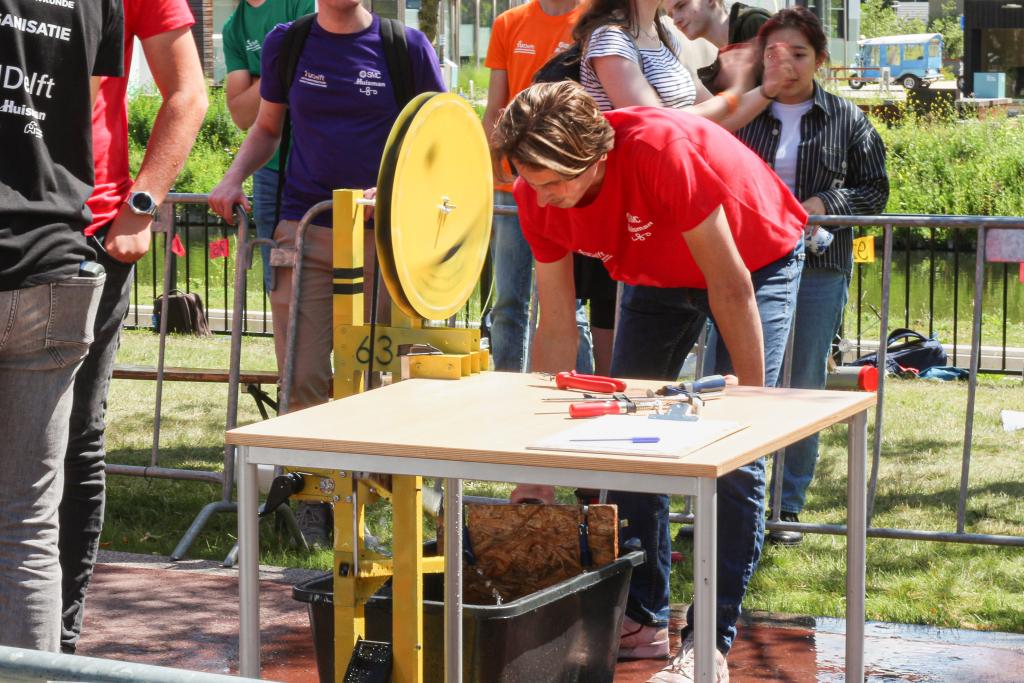 Many set-ups that were meant to turn the up and down strokes of floaters into rotations were only marginally successful in doing so. Team 63 was one of the exceptions. They managed to bring their rig into resonance with the waves. 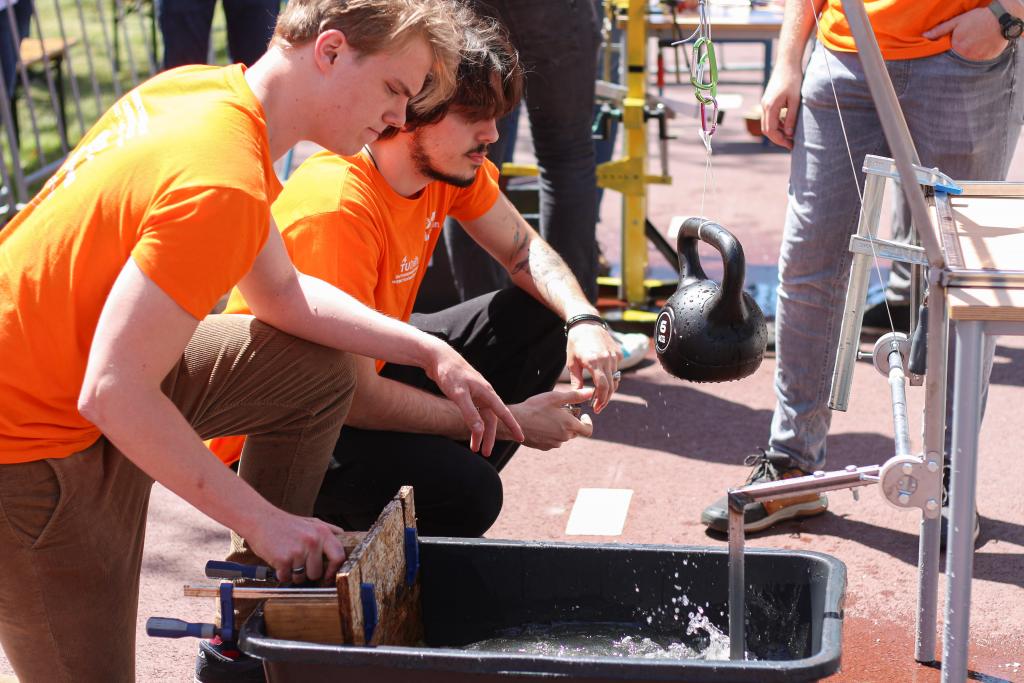 Some teams were working on harvesting small bits of kinetic energy from the waves and storing it as potential energy. One team had a tough job, but the kettlebell slowly but steadily moved upwards. 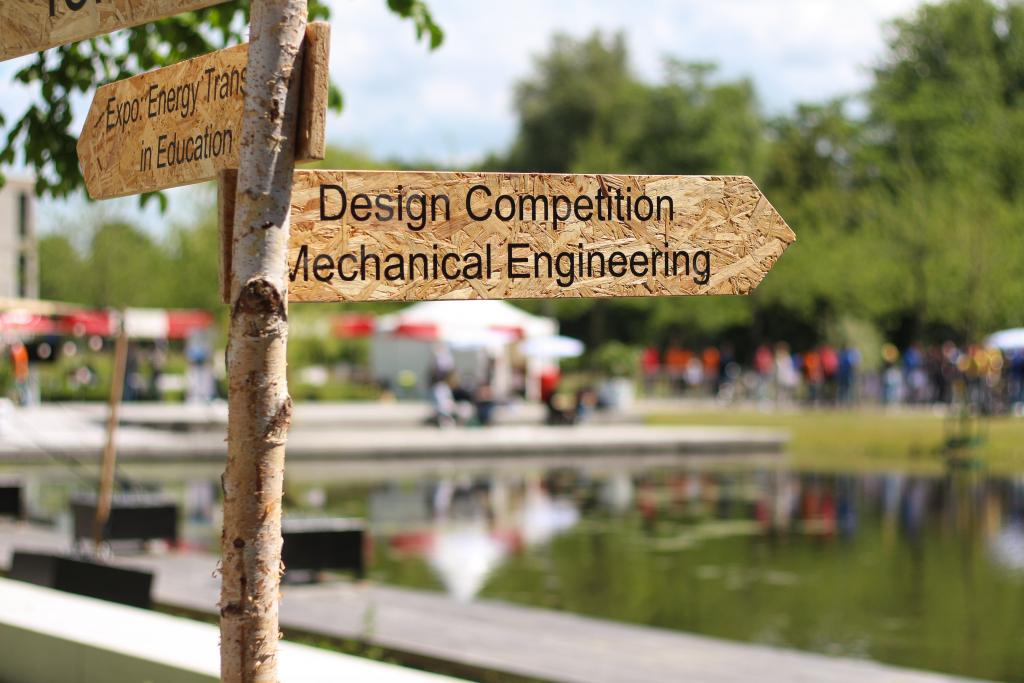 The Energy Challenge Event was a cheerful and sunny event. What remains is the dedication of researchers and administrators at TU Delft to work on accelerating the energy transition.

Board Member Rob Mudde had said earlier that “The next generation of TU Delft engineers is crucial in solving the global challenges we now face. We are working hard to prepare them for this in our education programmes. The Energy Challenge is a good example of this. In the past six months, some 15,000 students took courses that focused on accelerating the energy transition. This has really made the energy transition part of the curriculum.”