EIT Digital: a hidden gem in the master world

Two hundred students and their other halves were in Madrid for their EIT Digital Master graduation. Everything was taken care of: plane tickets, hotels, the graduation and a gala dinner at an exclusive location in the capital city.

It feels like a fairy tale in the Casino Madrid. The graduates arrive in their most beautiful clothes for the gala dinner. Red plush carpeting on the floor, round marble stairs with statues you only see in museums. Everything is ready. The tables are laid in halls with the biggest chandeliers and floor to ceiling art. Before your glass of water or wine is empty it’s filled again and, in a corner, a waiter is making up the plates. At the toilet, a woman opens the door for you.

The future of Europe

“Work hard, play hard,” Willem Jonker, CEO of EIT Digital, is used to saying. EIT Digital is a European organisation that is striving to make “Europe ready for the future,” like Jonker says. EIT Digital’s income comes from the European Commission, partners, members and via services like upscaling companies. This way, EIT aims to strengthen the European digital economy to compete with big players in the digital world like China and the USA.

EIT Digital is a leading European digital innovation and entrepreneurial education organisation driving Europe’s digital transformation, says EIT Digital’s website. “Digital transformation, that’s everything you see when you look around,” says Jonker. “Instead of CDs, you listen to Spotify. The big changes are yet to come, that is technical industrialisation. It will demolish jobs; we need to be prepared for that.”

Technical skills and entrepreneurship in one master

One of the components of EIT Digital is its Master programme which combines technical skills and entrepreneurship. After the master, the students have the knowledge and experience to start their own businesses or to make other companies thrive in the digital economy.

The master takes two years and every year the students study at a different university in Europe, for example the TU Delft. The courses are thus offered in a new way. At the start of the programme, EIT organises a central kick-off somewhere in Europe where students have three days in which to make a business plan. In the winter there is a winter school and in summer a summer school, both of two weeks. At the end, EIT organises the graduation day somewhere in Europe, where the master is festively closed. 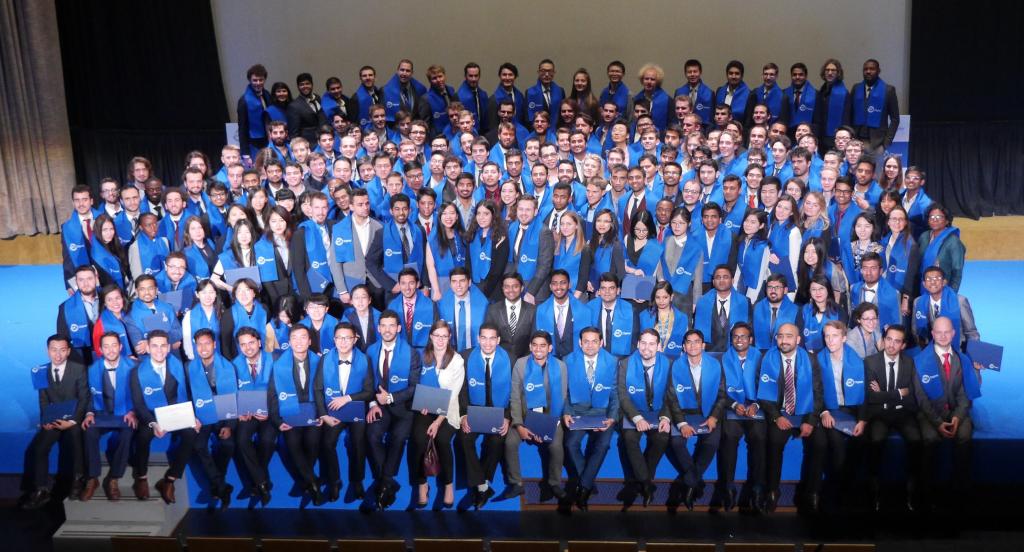 This year that was in Madrid. Two hundred proud, graduate entrepreneurs from all over the world sit with their friends and family in the hall of the University of Madrid. It feels like one big family: everyone knows each other via one of the eight master programmes or events. After presentations by prominent people in the field (the R&D director of Telefónica Spain, directors of the universities and founders of various start-ups) the students are called on stage. A large screen says what they are going to do in the future. Their plans differ from travelling the world to searching for a PhD position to starting a company.

Everything is taken care of: the flight, hotel, graduation, transport, food. Some students have scholarships ranging from 500 to 1000 euros a month. You don’t need a cum laude from a highly ranked bachelor: an application with a strong motivation letter is all you need to be selected. It almost sounds too good to be true. Doesn’t EIT Digital expect anything in return? “We invest a lot in our students,” Jonker says. “We hope that they will become responsible citizens in society and give something back. Like the Americans used to say, give something back to society.” Later, during his speech, he tells his students: “Be a voice, not an echo, and develop techniques that no one has heard of. Technology will change the world dramatically.”

The TU Eindhoven and University of Twente have around thirty students each year that graduate in this master programme. The TU Delft is not that big yet, with only twelve graduates this year. Read their stories. 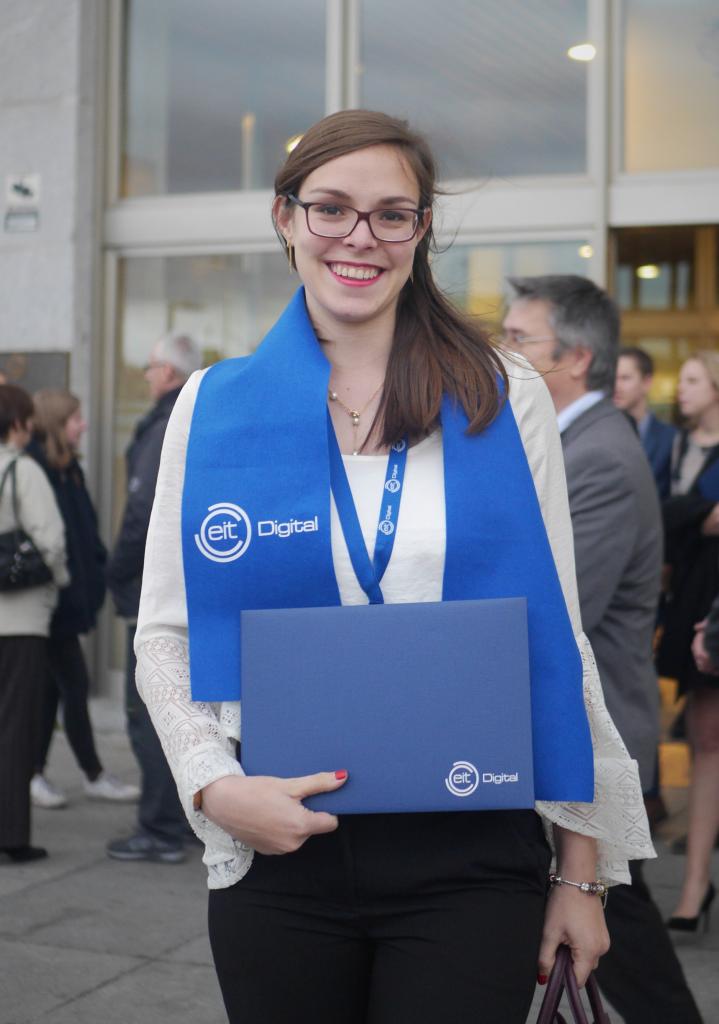 “I used to think that I would work at a big company as that is more secure. During my master I did an internship at Philips in Eindhoven. It was a big company where you didn’t see your contribution. I didn’t feel useful. In this master you don’t only learn how to begin a start-up, but also how they end. That was an eye-opener, because normally you only hear the success stories. Now I’m not afraid anymore for the insecurity of a start-up or a small company, and I’m working at NexWorld.”

“Studying in the Netherlands is very different than studying in France. In France you spend 35 hours a week in class, and you don’t have a lot of homework. In Delft, we had only 10 hours a week at the university, and you had to work a lot at home. I did my summer school in Eindhoven. We stayed in a hotel with the whole group. Sometimes we worked with the teacher until 1 a.m. In that way you really get to know each other!” 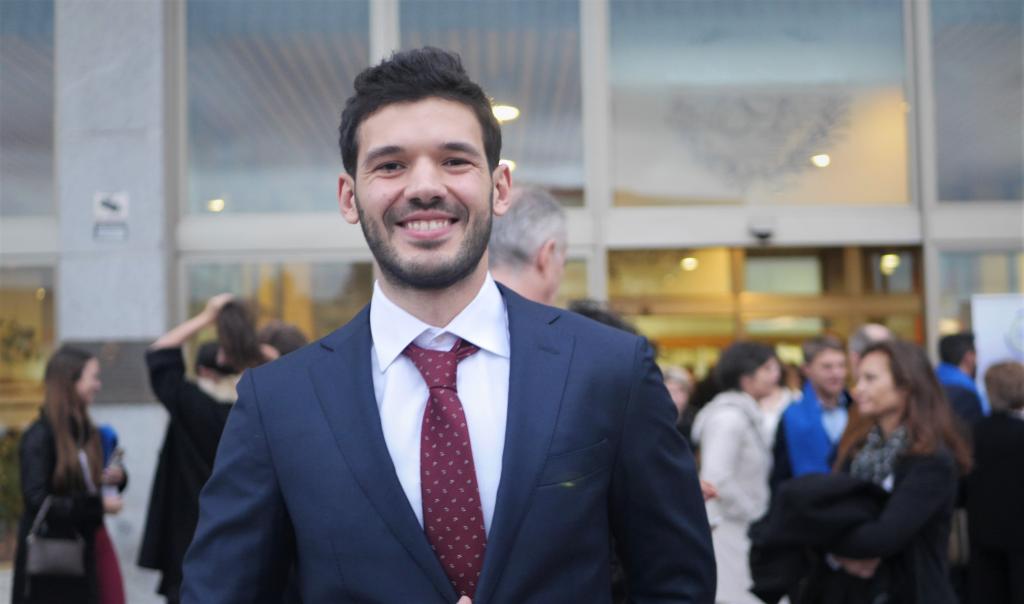 Rustam Alashrafov, comes from Azerbaijan, studied Digital Media Technology, has his own start-up.

“With two others, I won a competition, the Kamer van Koophandel’s Game Jam competition. We started our own company with the 15,000 euro prize. We developed a serious game that explains to entrepreneurs how entrepreneurship works, for example the administration. We work together with the KvK. The app is called Bedrijffie and is available at seriouscompany.nl. I want to promote entrepreneurship and be in contact with pioneers, with people that are at the forefront of development. After this master, I appreciate entrepreneurship even more.”

“I found Delft fantastic. The TU is my favourite university. The introduction week was very good and I got to know a lot of people. I was way lonelier in Sweden. In Delft you had to work hard, but the quality was really high. I really enjoyed it there.” 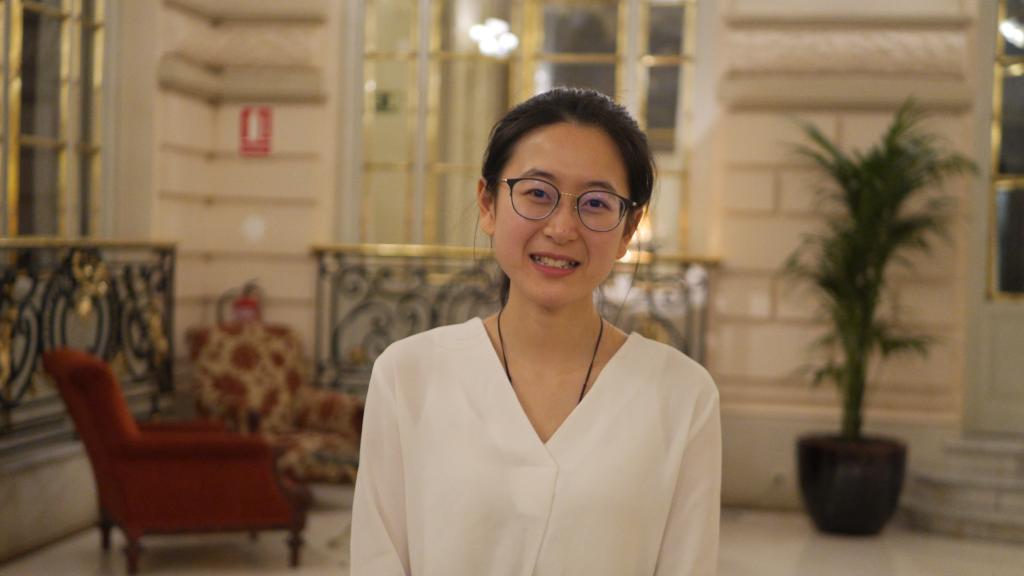 “My first year I studied in Delft. The people are more direct. The weather is different and I had to get used to the English language education. Luckily I lived in a house with ten other internationals, so we could help each other. The Dutch talk easily with strangers. I learn a lot talking with people, that’s why I think that this kind of event is so good. You really learn how to network.”

“I think It was a good master. Besides networking, I learned a lot about computer science. The master focuses a lot on start-ups. It could give more attention to working at big companies, for example by finding internships. I want to give something back to EIT Digital, for example helping with advertisements to make EIT Digital more well known.” 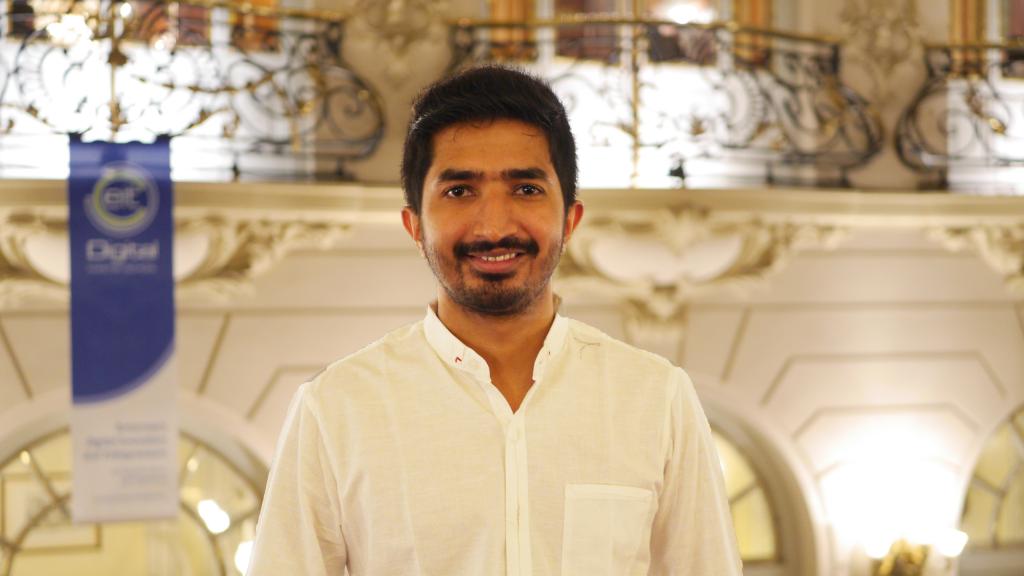 “I’m different to other students because I had my own company in India. Together with a relative, I had a company in video surveillance. I wanted to get more experience plus I wanted to study in different countries in Europe. This programme made that possible. Now I see opportunities to start new companies everywhere. The technical side was also useful. I met a lot of people from different countries. At the start it was sometimes hard to work together: at the kick-off we were working in a group of seven or eight people from different countries. We had a lot of different ideas, but no one wanted to take the lead. During summer school this was already way better, we knew how to collaborate.”

“I really changed over the last few years. Now I want to do a PhD. When I started, I really was not interested in a PhD. I want to help the world, but I don’t know how yet. Maybe I will help prepare people for business opportunities. I have the vision and skills to help people. If I feel responsible to give something back to EIT? No, not specifically for EIT, but I have always felt that I want to leave something behind for humanity before I die.”

Want to know more about the EIT Digital Master program? Take a look at the TU website or the EIT site.

Just one year after the first GreenTeam was installed at the Faculty of 3mE, teams are now expanding rapidly across campus.
Education

How fierce is the battle for students’ inventions?

Technical universities sometimes make off with their students' inventions, reported NOS op 3. The universities, including TU Delft, assert that it is not that straightforward
Education