Universities in the north of Italy are now closed due to the outbreak of the coronavirus. The same could happen here should the virus spread to the Netherlands.

At the time of writing, 132 people in Italy are infected and 7 people are reported to have died so far. But the coronavirus has hit closer to home too: at present, 16 cases have been reported in Germany and one in Belgium. The European Union keeps track of how the situation is developing from day to day.Many thousands of people have become infected in China. Entire cities are on lockdown, and patients are being quarantined, but still the virus has managed to spread across the world.

The government has issued a travel warning for parts of Italy. Any students or lecturers who have recently visited these areas are strongly advised to see their GP if they present with a cold, cough or fever. As spokesperson Ron Beekman for the National Institute for Public Health and the Environment RIVM said: better to be safe than sorry.

ItalyThe Italian measures are fairly extreme, and include isolating entire villages and closing schools and universities. Beekman says that, though extreme, these measures are understandable: “They do not know the location of the source. Patient zero, as this source is officially referred to, has not yet been found.”So far the Netherlands has been spared, but “of course we have contingency plans ready for use.” In the event of a severe outbreak (a scenario that is currently “far from realistic”) the government may decide to temporarily close the doors of institutes of higher education. These decisions will depend on the situation. “What’s the epicentre of the outbreak, and how many people are infected?”

Advice in advanceThe Ministry of Education does not want to get ahead of the situation and make any decisions about whether or not institutes of higher education should be closed in the event of an outbreak, as in Italy. “We will be following the recommendations issued by the Ministry of Health, Welfare and Sport and the RIVM”, reports the Ministry spokesperson. Universities and universities of applied sciences plan to do the same. “In the meantime, universities will be keeping in close contact with each other, occupational health services and the Municipal Health Service (GGD)”, says spokesperson Ruben Puylaert of the VSNU Association of Universities in the Netherlands. Universities of applied sciences have general contingency plans ready for use, says spokesperson Eva Kloosterman of the Association for Universities of Applied Sciences (Vereniging Hogescholen). “Thankfully, so far, we have had no need for them.” 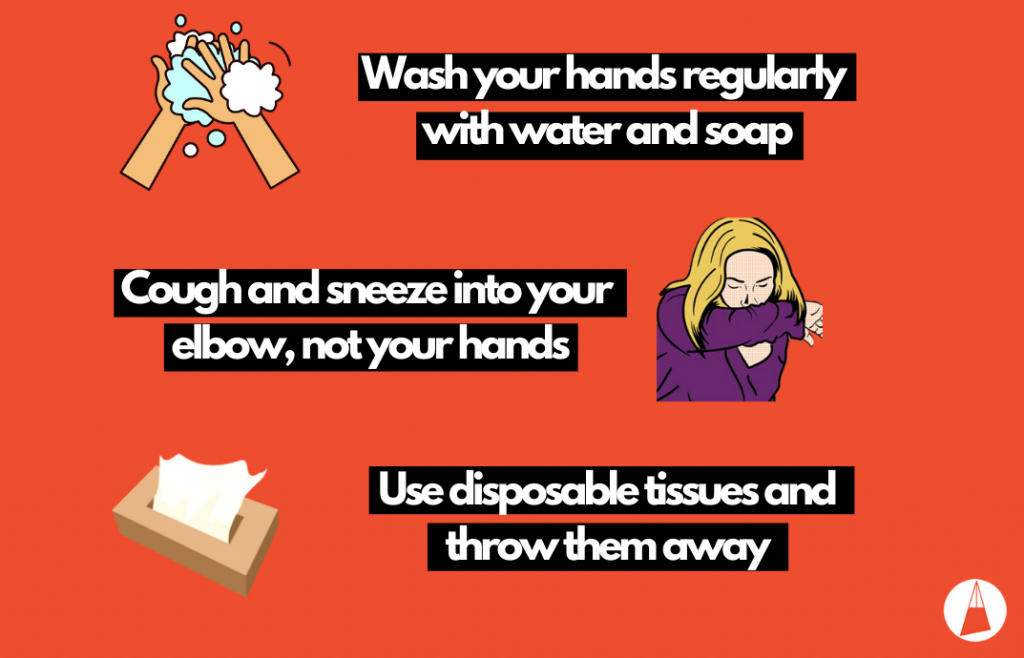 How to prevent the spread of viruses (Illustraton: Marjolein van der Veldt)

Because the Netherlands is still coronavirus-free. The RIVM assures us that, behind the scenes, “hard work is being done to identify and help potential patients in the Netherlands.” Right now the advice includes washing your hands regularly, use paper tissues and when you sneeze, put the inside of your elbow in front of your nose and mouth.
The TU Delft writes in a recent update: "It is well known that the Corona virus infections also occur in countries other than China. If you travel to TU Delft from one of these countries and you have symptoms that you are worried about, we advise you to always consult your family doctor."

Dean Theun Baller bids 3mE farewell after 10 years. How does he look back at his time there? A chat about space, diversity, the future and why the name 3mE will disappear.