Don’t park at the charging station

The same policies that made electric vehicles popular, such as private charging stations and free parking spaces, are jeopardising further growth in electric transport.

At less than 4% of all the cars on the road, electric vehicles (EVs) are still a small minority. However, their number keeps growing fast. The number of fully electric cars in The Netherlands doubled last year (whereas the number of plug-in hybrids remained the same). And the goal is even higher: all new vehicles should be electric by 2030. This rapid growth in electric vehicles is putting home charging systems under pressure. These so-called ‘level 2 charging stations’ have limited capacity (3.6 - 11 kilowatt) as they are usually powered from a household source to charge the family EV overnight.

This domestic option, although favoured by many drivers of electric cars, is simply too inefficient to scale up. After analysing a database of the charging sessions in larger Dutch cities, Dr Rick Wolbertus shows that these charging stations are connected to an EV only 30-40% of the time, and actual charging is only done 5-10% of the time. In other words, private charging stations are empty reserved parking places for 90-95% of the time. Increasing their number is to the detriment of the rest of the neighbourhood, where parking places are already scarce as it is. 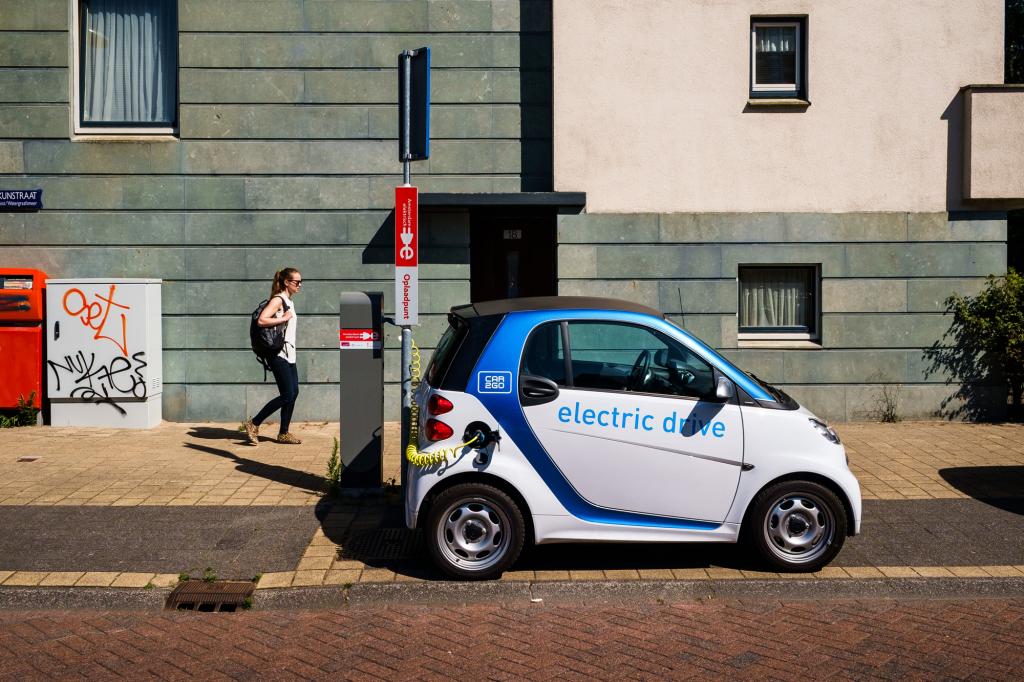 Testing ground
The Netherlands is a front runner in electric charging infrastructure, says Dr Wolbertus. He studied the complex interplay between fiscal measures, followed by the introduction of hybrid, and later, electric cars, and how municipalities accommodate them.

It’s the kind of problem that Professor Chorus’s Transport and Logistics group at the Faculty of Technology, Policy and Management (TPM) specialises in. This is where Wolbertus did his PhD research. In his thesis he argues that ‘the Dutch situation can be regarded as an exemplary case for the conflicts that will likely arise in dense urban areas that exist across the world.’

In that sense, The Netherlands is a testing ground for policies that aim to encourage the use of electric vehicles. Although inspired by lofty goals such as the reduction of greenhouse gases and healthier inner-city air, the introduction of EVs can and will lead to conflict. Areas of conflict could be when the only parking places left are those reserved for electric cars or when EVs have to queue up to recharge.

As the number of electric cars continues to rise, something has to change, argues Wolbertus. Charging stations should be priced by the hour, which would reduce connection time. “Careful implementation is needed if parking pressure is high,” warns the young doctor. You don’t want to send drivers away to find a parking space where there is hardly one to find. More generally, parking and charging policies should be integrated. “Why not open up the charging spaces to combustion engine vehicles during the day?” ventures Wolbertus, “when the electric cars are at work?” 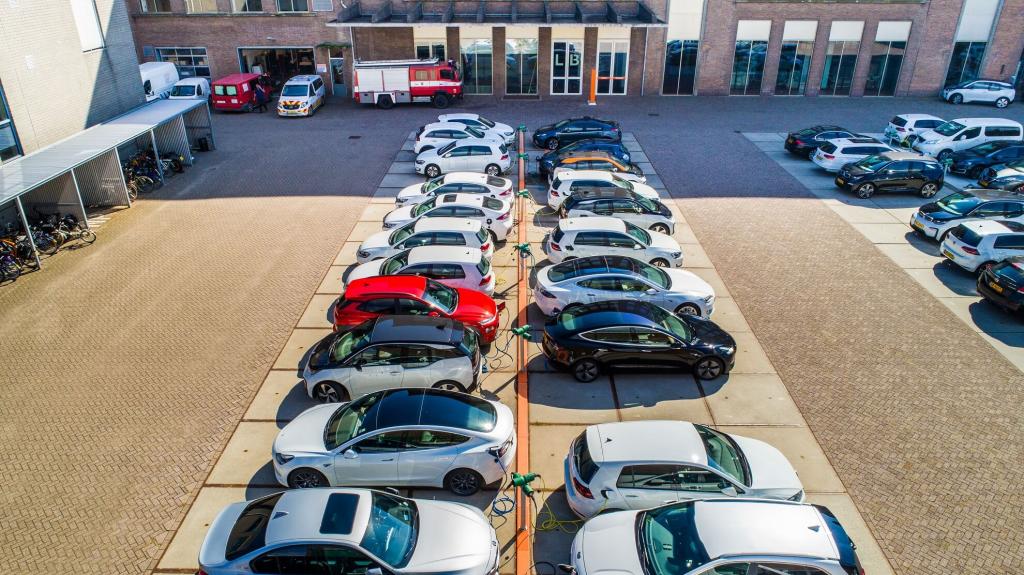 Charging squares
Another way to separate parking from charging is fast charging at ‘charging squares’ where powerful grid connections allow shorter charging times. EV drivers are expected to disconnect their car when sufficiently charged, and park it elsewhere - much like at petrol stations. 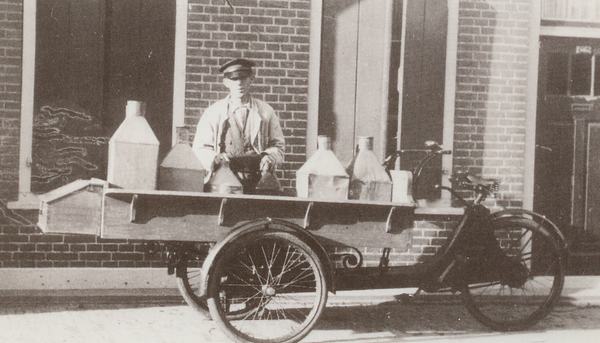 Oil merchant, early 20th century. (Photo Archive Municipality of Sliedrecht)
Wolbertus has an interesting historical analogy. When automobiles were first introduced, about a century ago, there were no petrol stations. Instead, there were merchants who sold oil for lamps and heating. That’s where the first drivers went for their fuel. They would fill up jerry cans and bring them home to top up their car’s little tank whenever needed.

After Microsoft and Intel, the Japanese computer company Fujitsu has now signed a cooperation agreement with QuTech. What does that mean for the research?
Science

The pandemic is putting many scientists on temporary contracts in an especially tough position. A moneypot of EUR 20 million should help about a thousand of them out.