Doing a PhD during corona: research at your parents-in-law’s house

Doctoral candidates and postdocs are raising the alarm because their research is being delayed by the corona crisis. These are some of the problems they are facing.

Last week Delta spoke to doctoral candidates and postdocs who are stuck abroad, have limited access to their laboratories or are combining childcare with research.This article is a sequel to ‘Postdocs and doctoral candidates warn about delays, published in Delta yesterday.

‘You cannot do all the research you planned’ 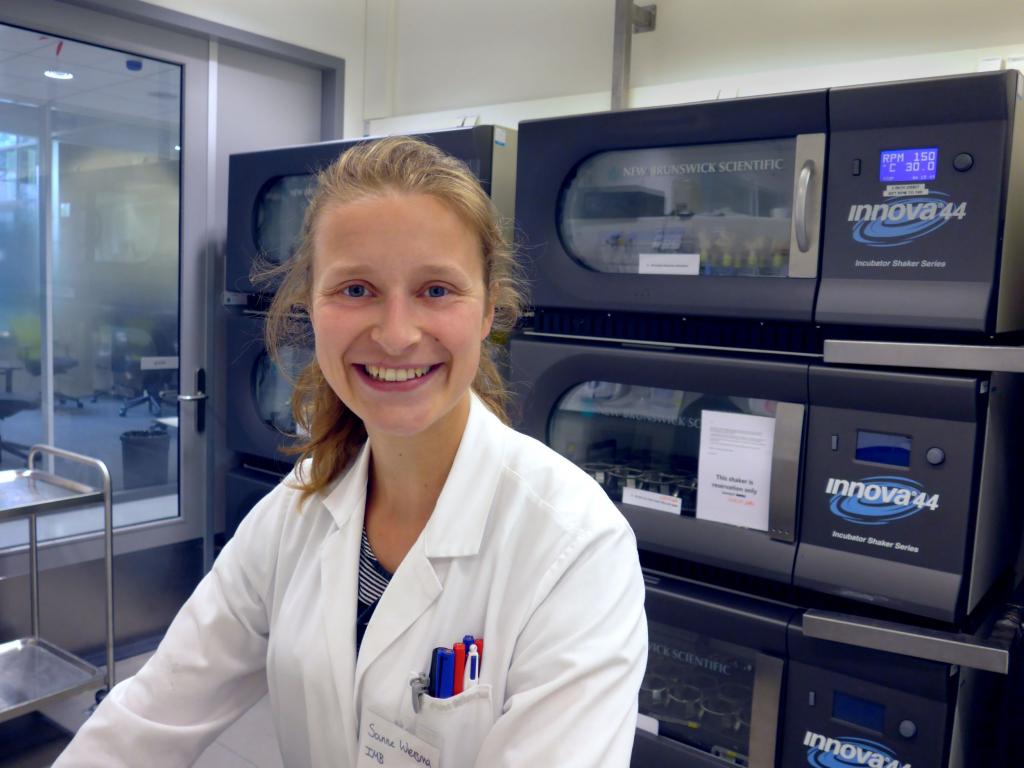 Sanne Wiersma of the Industrial Microbiology research group (Faculty of Applied Sciences) is in the fourth year of her PhD.

“Every doctoral candidate is ambitious and wants to get the most out of their four years, but now with the corona crisis, you have to make more compromises than you would like. For example, if I want to be finished in 10 months time when my contract comes to an end, I will have to drop several areas of research. Working at home is going well. Of course you have more productive days and less productive days, but I am not just sitting around eating chocolate. I just published a second paper. Writing it was a good job to do at home and saw me through the first few months of the crisis. We can now go back into the research laboratories, if only for half the time than before the corona crisis. We are divided into pairs and take it in turns to work on our experiments. That is tricky though. I work with microorganisms which don’t always do what you want them to do. It would be good if the Dutch Government, like other governments such as the British Government, would make funds available to extend research projects. It would be a shame if all the research, in which so much has already been pumped, would be shelved because of corona. I miss this point in all the social debates about who should and should not receive money. The discussion centres around large companies and the culture sector, but you hardly hear anyone talking about science during the corona crisis. That’s strange.”

‘I was stuck at my parents-in-law in India’

Vibhas Mishra will fnish his second year this September. He works for the Structural Optimisation and Mechanics Group (3mE Faculty).

“I can do much of my research from home, so that’s not where the problem lies. But I don’t have the ideal home working environment. I am stuck in India at the moment where the corona crisis and the associated measures are becoming stricter every day. I should actually have been in Delft. I came to India in mid-March for my wedding but when I tried to fly back to the Netherlands a week later, everything was closed. I stayed with my wife’s family for the first two-and-a-half months and shared the kitchen table with six other people. We made a rota who could work when. It was not good for the productivity. While I now live with my own family, I am not as productive as I would like to be. The internet connection is bad and if I want to discuss anything with anyone at TU Delft there’s a large time difference. As I thought that I would only be away for one week, I hardly brought anything with me. I didn’t even have a mouse for my laptop. While my research has not come to a complete standstill, the corona crisis will probably cause a six month delay. I hope I will be able to catch up. An extension on my contract of a couple of months would give me peace of mind and the opportunity to do more research.”

‘I am worried about my chances of getting a job’

Bowen Fan is in the last few months of his PhD research for the Rienk Eelkema Lab (AS Faculty) and has been given a three month extension.

“One part of my research is to imitate chemical reactions in the lab. It’s not really safe to do this at home, if it’s even possible. I have missed about two months of lab work, but luckily I can go back to the laboratory for part of the time now. I have an extension and think that I’ll be able to finish my thesis within the time. I received a research grant from the Chinese Government and that money stops when my contract ends. After that I have to defend my thesis and look for a job. I would like a postdoc position in Europe, though this will probably be even more difficult now because of the corona crisis. Now that the economy is not performing as well, there will be less research funding and thus fewer postdoc places. I sometimes feel stressed when I think about what I will do after my PhD. But for now, I’ve a couple of months prolongation and am really happy with it.”

‘Deep thinking is hard with children around’

Michal Shemesh was just three months into her postdoc for the Koenderink Lab (Applied Sciences Faculty) when the lockdown was imposed.

“When the corona crisis hit I said ‘I’m not going to let it stop me’ aloud. But it is harder than I thought. Nothing is going as it should. Not the experiments, not the contact with colleagues and not working at home. I have two lovely children, but because we just moved to the Netherlands from Israel, they needed a lot of support during the lockdown. Help with translating school work, for example. I need a lab for my research. At first I thought that I could do reviews or other kinds of writing, but you need to be able to think deeply for this and this does not go well with two children in the house. They are now back in school and I can go to TU Delft once in a while to work. It is useful to have buildings where people gather together to work. What a relief. The corona crisis and everything it brings is quite stressful. There is a lot of uncertainty and this affects my effectiveness. I spend a lot of my time worrying about the world, my children’s future and the future of science.”

Political parties want more action from the Minister on internationalisation

Political parties want Minister Dijkgraaf to speed up measures to slow down internationalisation, but he claims that this is not possible.
Education

Lecturer of the Year plays the recorder during lectures

Architect Christien Janssen was elected Lecturer of the Year 2022 on 10 November. She thinks she knows why. “I earned the title by just being myself.”
Education