A queue of people waiting outside. Beer café Doerak had not seen that for a while. Thursday 4 March, EEMCS-researchers went there to test their blockchain euro.

The demonstration was a first for the employees of the Delft Blockchain Lab. According to leader Dr Johan Pouwelse TU Delft is the first to launch an experiment with a digital euro that is linked to the IBAN financial system and is completely open source, non-profit and transparent. 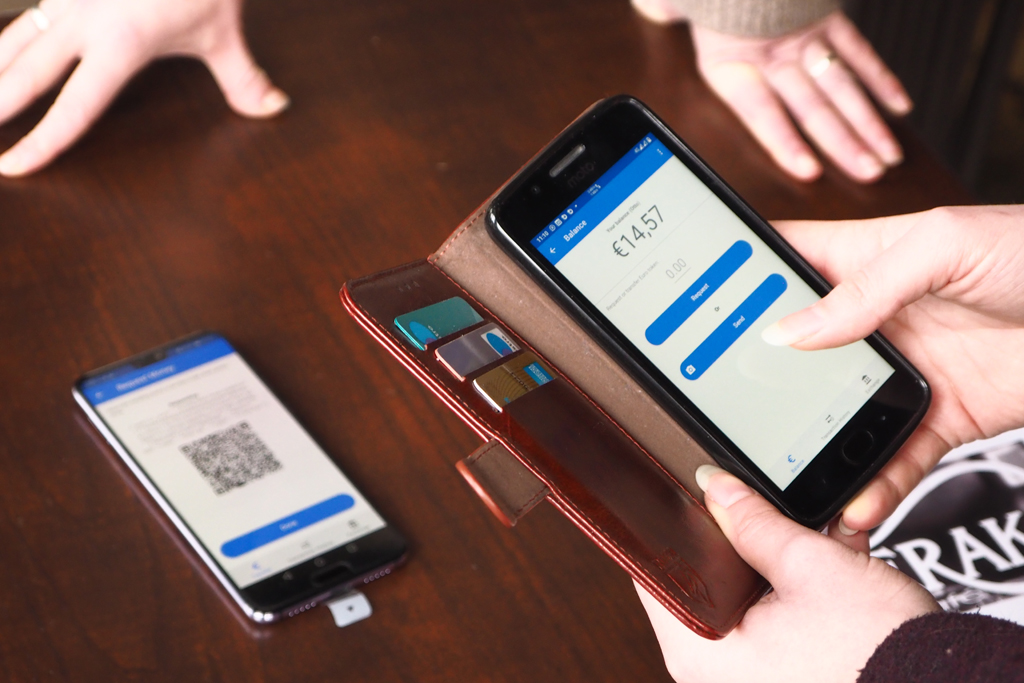 How does it work? Customers activate the Digital Euro in the Trustchain app (Android only) on their smartphone. They log in to their bank and deposit money from their bank account onto the phone. The seller enters the desired amount on their own phone, and a QR code appears on their screen. The customer scans the code, sees the amount to be debited, and presses OK. The amount then moves from one phone to another without the need for WiFi or another wireless network. The money is transferred through the underlying blockchain technology. Any credit left on the phone can be transferred back to the customer's bank account.

There are numerous differences between this system and debit card payment systems. As transactions are done offline between two phones, the technology is not sensitive to PIN failures. Furthermore, retailers pay for PIN transactions, about EUR 0.24 per transaction according to Doerak’s manager. In contrast, the digital euro is free. Transactions are only stored on the phone, do not appear on bank statements, and are therefore as anonymous as using cash.

Essential infrastructure
Now that coins and notes are virtually out of circulation, partly due to the corona crisis, Pouwelse believes it is very important to still have a reliable public payment facility. Debit cards are the domain of the banks. But Pouwelse also sees that tech giants such as Apple, Google and Facebook are aggressively pursuing digital payment technologies.

He emphasises that money transfers are an essential infrastructure that belongs in public hands. As far as he is concerned, De Nederlandse Bank (DNB, the Dutch Central Bank) is the appropriate body to bring the digital euro into circulation after the physical euro becomes redundant.

The app still needs some refinement if it is to be used widely. In a test, we were unable to connect the app to the bank to withdraw money. It turned out that we were not registered as test users and the security settings were still too tight. According to Pouwelse, the legal and financial aspects of the project are much more complicated than the technology itself. 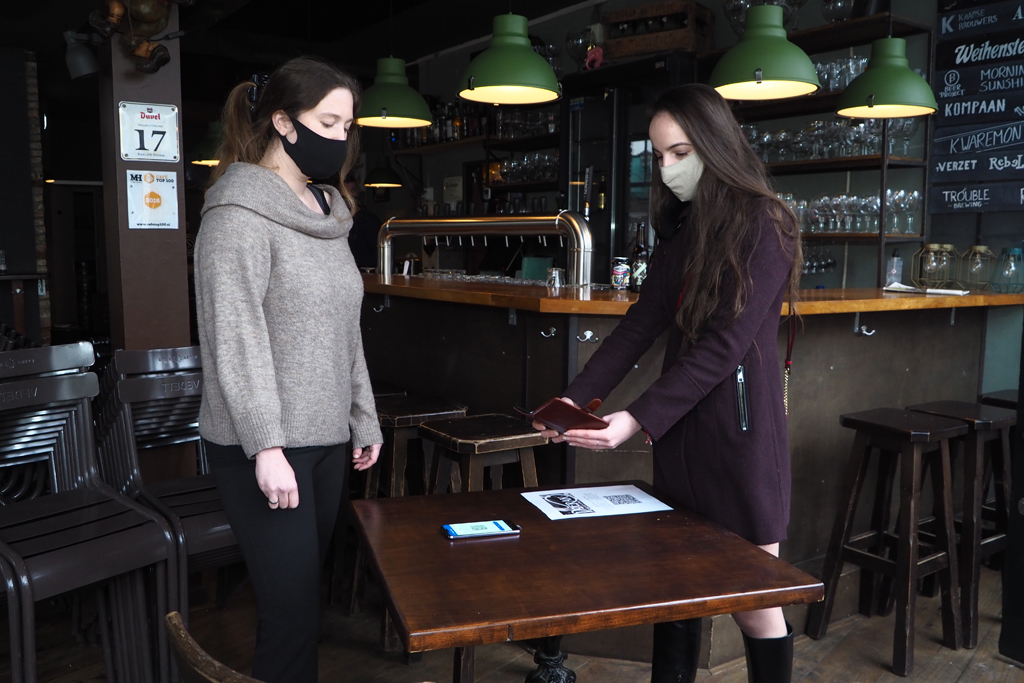 In the winter of 2021, the test took place under corona protocol. (Photo: Jos Wassink)

At Café Doerak, transactions went smoothly nonetheless. The barista had a busy morning.