Speechlessness and defeat among the Delft students who spent weeks building the longest beer crate bridge in the world. They saw it collapse last night.

“We did not expect this to happen so quickly. “Our dream is literally falling apart. It’s completely buckled out.” The two students who presented the live stream of the record attempt to build the longest beer crate bridge in the world reacted with defeat to the collapse of their construction just before seven o'clock on Thursday 17 September.

The civil engineering students started building a 31-metre bridge on 4 September. On Thursday evening they were to remove the support. It was intended that the bridge would then stand up for half an hour. Then the world record of TU Eindhoven students (26.69 metres) would be broken.

But it was not to be. The bridge came down in a flash as soon as the support was released. After that there was speechlessness and defeat among the students. The presenters quickly picked up their role again and tried to analyse what went wrong. “It is quite thin,” said one of them. “The wind may have played a role. It blows quite hard”, the other added. The fact that the crates all fell to the same side seems to support this theory. 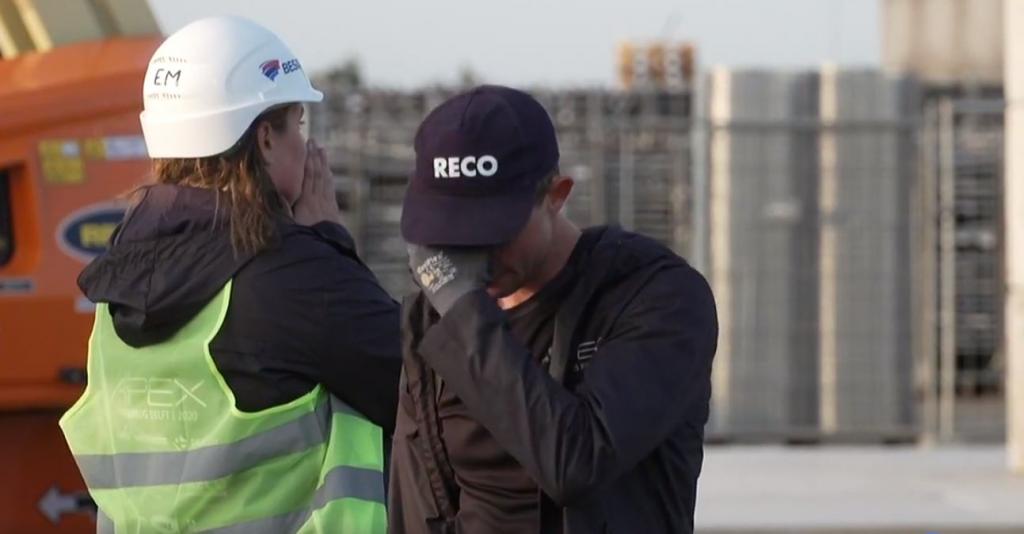 Disappointment on the industrial estate in Hazerswoude-Dorp, where the students spent weeks building their record bridge. (Photo: Livestream Facebook)

TU Delft staff may vote in the Works Council elections on 3 and 4 November. But who to vote for? The nominees introduce themselves in this series. Part 3: Marleen Keijzer.