COP27: ‘Mopping up with the tap open’

There have always been floods. How do you prove the link to climate change, asks Behnam Taebi? (Photo: Pxhere)

The boost to the otherwise unambitious COP27 climate summit was the establishment of a climate fund for poor countries. Is this justice, Delta asks Climate Ethicist Taebi.

At the conclusion of the 27th UN climate summit in Sharm-el-Sheikh, the establishment of a climate fund was presented as a breakthrough in one of the most difficult dossiers. It would seem obvious that rich countries, which have put most of the CO2 into the air, would lend a helping hand to poor countries suffering the worst effects of climate change. Yet, the Global North had so far held off doing so, fearing liability. Analysts see that the recent floods in Pakistan and Nigeria and the ongoing drought in Northeast Africa have made that position untenable. And so America finally backed the European proposal to establish a ‘loss and damage fund’, making the breakthrough a reality.

UN chief António Guterres responded happily but cautiously. “A damage fund is essential. But it is not the answer if the climate crisis wipes small island states off the map or turns an entire African country into a desert.” The Dutch Climate Minister Rob Jetten expressed the expectation that the climate damage agreement could “restore trust between the Global North and South”.

How does TU Delft’s own energy and climate ethicist, Professor Behnam Taebi (from the TPM Faculty), see this breakthrough between north and south? “I have mixed feelings about the outcome of the summit.”

Are you happy with the climate fund?
“I am very happy with the climate fund. It is a credit to Egypt. They bet on this from the beginning. I was curious to see if they would pull it off. Many developing countries have been asking for such a recovery fund for decades, but they never got it done. So Egypt has committed to an African climate summit and joined forces to get a climate fund done. I am glad that they succeeded as there has been lot of damage over the last two centuries. That damage was caused by one part of the world and the consequences manifest themselves mainly elsewhere. That is the rather simple logic behind climate justice, which fortunately has been gaining traction in recent years.”

The specifics of the fund will be decisive.

So what are your mixed feelings?
“Nothing at all has been agreed on the details, and I fear the devil is in the detail here. The specifics of the fund will be decisive. If you first have to prove causality of, say, floods in order to claim damages, then we are back to square one. A bigger setback is that nothing at all was agreed at COP27 about further reducing greenhouse gas emissions. Indeed, there were even attempts to reverse last year’s Glasgow agreements and abandon the target of no more than one and a half degrees of average warming.”

I read that China was in favour of that?
“And more countries. China and India believe that 1.5 degrees is unachievable and therefore want to scrap it. There was also huge lobbying from the fossil fuel industry. A few days into the conference, newspapers wrote about the largest number of fossil fuel lobbyists at a climate summit ever. I wondered who was calling the shots. There is a lot of geopolitics going on in the background. Egypt itself is an oil and gas exporter in which Europe is now interested given that Russia has dropped out as a supplier. Europe played an important role in the creation of the climate fund, so there is a lot of politics going on in the background.”

Are you saying that Europe supports the climate fund to claim oil and gas from Egypt?
“The connection will not be that strong. But there are clearly European interests involved in fossil fuels from the African continent.”

I noticed that the United Nations press release on the loss and damage fund does not mention an amount. Am I overlooking something?
“That will be worked out in the coming years. There will be a lot of politics involved in that too, as it will define the damage caused by climate change. In addition, not mentioning an amount has to do with the discussion about which countries will contribute to it. Europe and the United States think China should also contribute.”

But China is still listed as a developing country.
“Exactly. The USA and Europe want China, as a current and future polluter, to be co-responsible for the climate fund. China has not yet accepted liability, even for symbolic amounts.” 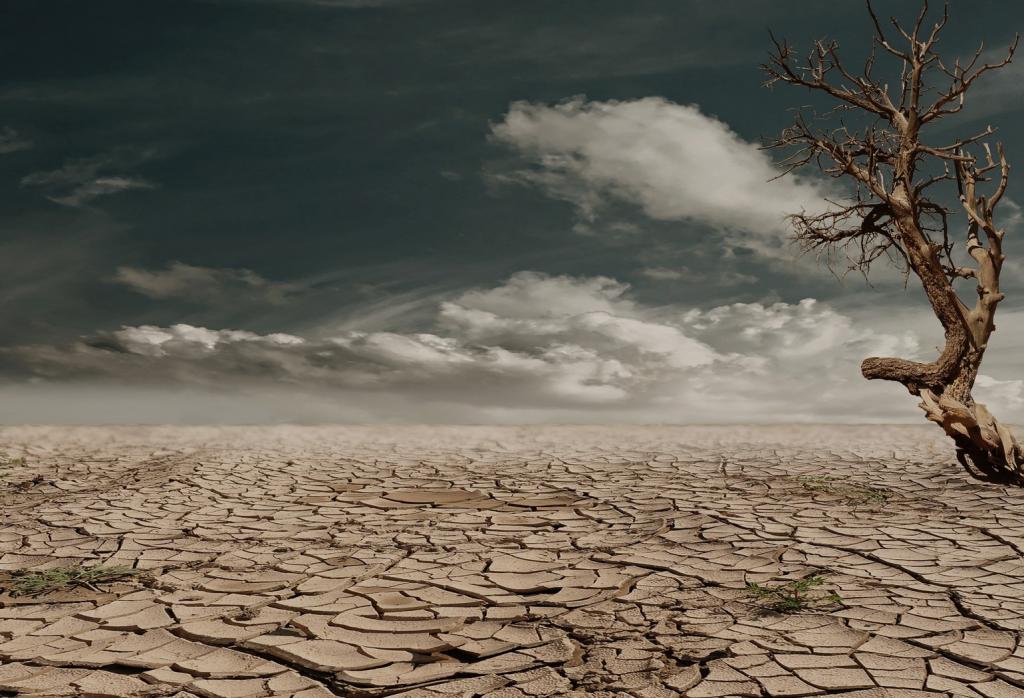 You are basically saying that this agreement is a foot in the door, but everything depends on the details. How and where will it be worked out?
“The agreements are worked out while heading towards the next summit, in this case COP28 in the United Arab Emirates. But it is mopping up the water with the tap open, as they say in Dutch, because nothing new is agreed on preventing worse damage. I do understand the calls from Egypt and developing countries, because the need is high and has been ignored for decades by the USA and Europe. So they focused all their efforts on getting a climate fund done. At the same time, we have to note that what it should actually have been about, namely preventing climate damage from getting worse, has taken very much of a back seat. This is a missed opportunity, because these years are significant in taking action.”

You mean tightening national reductions?
“Among other things. In Glasgow, good agreements were made in reducing methane emissions and on reforestation to reduce greenhouse gases in the air. Similar agreements were missing at Sharm-al-Sheik.”