The official stamp from the TU Delft. (Photo: Jos Wassink)

A petition against Frans Timmermans receiving an honorary doctorate has been signed more than 3,300 times. Who and what lies behind this and what is TU Delft doing about it?

TU Delft plans to award Vice-President of the European Commission Frans Timmermans a social societal honorary doctorate for putting the energy transition on the agenda in the Netherlands, Europe and the world. The honorary doctorate will be awarded during the Dies celebrations on 14 January during which TU Delft will celebrate its 180th anniversary with the theme ‘Speeding up the energy transition’. TU Delft will present two other scientific honorary doctorates: to the German Professor Jürgen Janek and to the American CO2 entrepreneur Dr Jennifer Holmgren.

The last two are not under discussion, the first one is. “About 20 to 30 emails about the doctorate for Timmermans have landed in various inboxes,” reports Joost Ravoo, the Head of Communications at TU Delft. And there was a petition which has now been signed almost 3,000 times.

The petition, ‘Geen eredoctoraat voor Frans Timmermans van TU Delft’ (no TU Delft honorary doctorate for Frans Timmermans) is a first. While TU Delft has received petitions from students several times, this is the first time that a former student has taken the initiative to start one. That alumnus is engineer Jan Asselbergs. He wants TU Delft to retract its pledge to award Timmermans an honorary doctorate. What gave rise to this demand? Delta dropped by Asselbergs and asked TU Delft for a response. 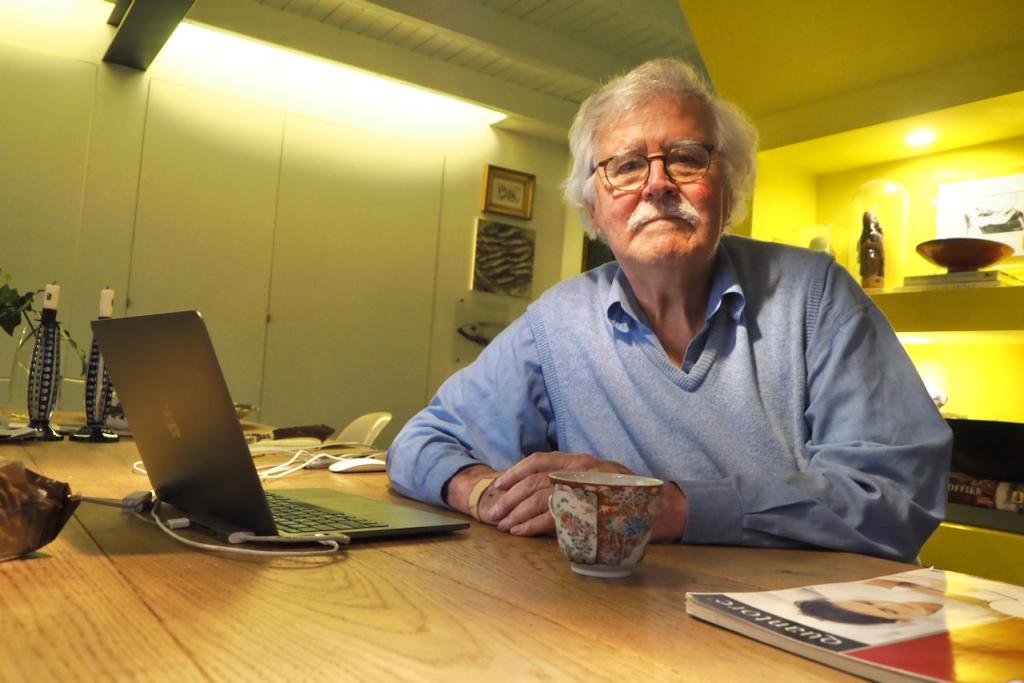 “Stopping fossil fuels is much more important than messing about with CO2,” asserts the alumnus during a visit to his home. He is not a climate denier. As a teenager he accused his father, who was involved in the discovery of the Groningen gas field, of immoral activity for using and depleting fossil fuel. The young Asselbergs saw the potential of nuclear energy in the mid-1960s. And he has never changed his mind even though he chose Mechanical Engineering (TU Delft, 1973) above Reactor Physics. “If you transition to nuclear energy, you will be rid of the whole CO2 problem altogether,” he says. “We have worked on wind turbines and solar now for one generation and we have not even greened 10% of the energy consumption. (11.1% in 2020 according to the CBS, Eds.). If you leave out biomass, that is only 4% (5% in 2020, Eds.). In one more generation the share of sustainable energy needs to be 50% of the total energy use of 1,000 terawatthours. So I say, include nuclear energy as we will never reach this goal with only solar and wind.”

What wound Asselbergs up so much that he decided to create a petition (in Dutch) against the honorary doctorate for the Vice President of the European Commission and the architect of the European Green Deal (in Dutch) Frans Timmermans? “Timmermans says that it takes 30 years to build a nuclear power plant and that nuclear energy is the most expensive form of energy. I do not believe that TU Delft should award an honorary doctorate to someone who spews out nonsense about the energy transition. Timmermans does not understand nuclear energy and promotes biomass. In 2015 the KNAW (Royal Netherlands Academy of Arts and Sciences) published a vision statement (in Dutch) about biomass. If you read it, you will not understand how anyone can support the use of biomass.”

How does it all work again?Biomass has become a burning issue. Burning wood supplies the most sustainable energy, but there are major doubts as to whether the label ‘sustainable’ is justified. Countries do not need to count the CO2 emissions of wood burning in their CO2 emissions as new trees are supposed to absorb the CO2 of their burnt predecessors in a natural carbon cycle. Critics have pointed out for years, however, that the CO2 emissions of wood burning is just as high as those of coal. And if, with the stimulus of subsidies, whole tracts of forest end up in the shredder, what remains of the natural carbon cycle? On top of this is the damage to forests elsewhere in the world to meet the import of subsidised biomass to Europe. Thus grew the realisation that burning biomass is not sustainable at all – a notion which the KNAW piece mentioned by Asselbergs helped create.

The criticism has filtered through to Brussels. A recent press release about the Green Deal adds a ‘forest strategy’ to the harvesting of biomass, and emphasises the sustainability aspect of using biomass: ‘To meet both our climate and environmental goals, sustainability criteria for the use of bioenergy are strengthened.’

As to nuclear energy, is it true that Timmermans was previously critical about it? In the NRC newspaper of 9 January 2020 (in Dutch), he called nuclear energy ‘not sustainable and incredibly expensive’. He was somewhat more open in more recent statements. In a recent interview  (in Dutch) on an online platform for the energy transition, he announced that he had ‘nothing against nuclear energy. But that does not mean that I support it.’ Timmermans argues for ‘a rational approach to the subject’. It is hard to object to that.

Honorary doctorateNevertheless, the honorary doctorate for Frans Timmermans has whipped up quite a lot of reaction, as Joost Ravoo, the Head of Communications, also notes. “Most of the emails are from alumni and many of them show the misunderstanding that it is a scientific honorary doctorate. We answer all these emails properly.” Ravoo has also seen comments about Timmermans’ position on biomass and nuclear energy, as they are worded in Asselbergs’ petition, in the emails.

In terms of the support for the petition, Ravoo is still deliberating, as is the Board of Doctorates that put Timmermans forward. “Those 3,000 signatures, it is not clear who they are,” explains Ravoo. Roughly half the signatories are indeed anonymous. “That makes it hard to interpret the level of support. Three thousand signatories out of the total number of alumni is a serious number. Out of 17 million people in the Netherlands, it is not a lot. We will wait and see what the initiators want to do and will then see what we do.”

InvitationIs that an invitation to Jan Asselbergs? “I assume that they do not only want the petition to stay online,” says Ravoo. “Petition initiators usually want to share the outcomes with the relevant people. So I assume that we will have a meeting about it. I would certainly invite them for one.”

In the meantime, Asselbergs says that there is not much chance that TU Delft does not award Timmermans an honorary doctorate. “That would be too much to ask given how things work. The loss of face would be too much. What I would like is to stimulate a discussion.”

PhD students and staff with a TU Delft NetID will be able to log on to the new DelftBlue supercomputer from 20 June. ICT-staff have ironed out all wrinkles last six months.