Only one in twelve applicants for an advanced grant from the European Research Council was successful in 2020. With 17 out of 209 grants, the Netherlands again scores well.

Chair of the European Research Council, Jean-Pierre Bourguignon, is worried about the overall situation. Of the 2,678 researchers who applied in this round, only 209 could be rewarded with a research grant of up to 2.5 million euros.

Declining success rateThis means that the 2018 success rate of 10.8 percent, and just over 10 percent in 2019, has now declined to 8 percent. “Many excellent researchers with innovative ideas met the requirements but did not receiving funding”, Bourguignon writes. He is hoping that their grant applications will go on to be honoured by national research funding bodies.

With 17 awards, the Netherlands has continued its impressive track record. Dutch research teams were only outperformed by major players from the United Kingdom (51 grants), Germany (40) and France (22). The UK’s performance represents a remarkable come-back after winning a mere 34 grants in 2019, a situation attributed to the upheaval of Brexit. The UK is expected to participate the European grant competition again this year. 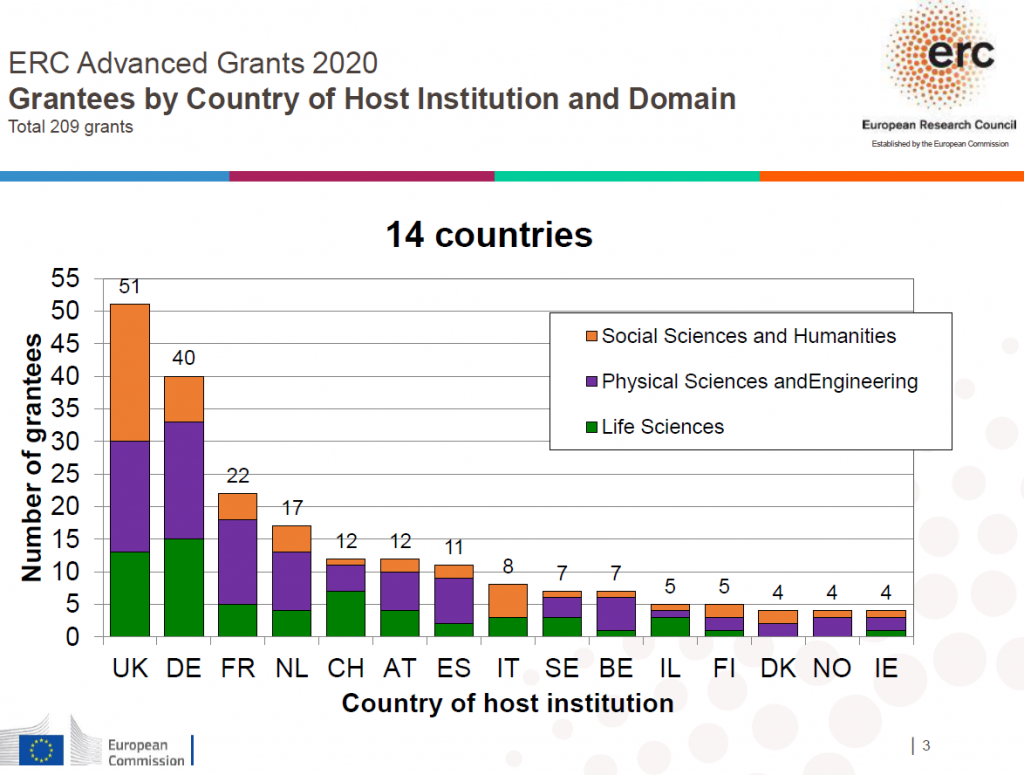 Best graduate: 'Everything is so much easier when it’s fun'

Saskia van Heumen is the best graduating student of 2022. “My graduation project helps me know what I am capable of doing. I went into job applications with that in mind.”
Science