Can TU Delft still work with the oil industry?

The shift from fossil to renewable energy is taking place slowly but irreversibly. (Photo: Justyna Botor)

Delft's climate mission no longer makes working with the oil industry a given. The department of Geoscience and Engineering has thought about it and came up with an answer.

Partnerships are not eternal. Over ten years ago, Shell and TU Delft signed a multi-year agreement to conduct research together as ‘preferred partners' for over EUR 4 million a year. Six years later, the tide had turned and students took to the streets to express their discomfort about Shell's influence on the research agenda. At the time, Delta columnist Aldo Brinkman was annoyed by the cheerful Shell children's campaign: 'oil makes your life beautiful’.

Two years ago, TU Delft distanced itself from scientific neutrality and opted with its climate mission for sustainable energy and adaptation to the changing climate. This made the partnership with Shell less obvious. For this reason, Works Council chairman Menno Blaauw asked the Executive Board how it viewed cooperations with the oil and gas industry. Blaauw proposed a public discussion. That did not happen.

“Because that is far too unsubtle,” explains geologist Prof. Dr. Giovanni Bertotti. He works at the department of geoscience engineering at the faculty of Civil Engineering and Geosciences - the department with the most collaborations with the oil and gas industry. He found the question of the morality of research collaborations interesting and important enough to prompt discussion within the department. “We followed the (research) money like everyone else and didn’t ask ourselves many questions about it. I think it's important to keep asking those questions.”

Positioning
At the end of March, the department released the outcome on their website. In summary, their position is:

How did Bertotti arrive at this conclusion? In other geological institutes, he saw a split developing under the pressure of climate change. There are groups that completely sever ties with the oil and gas industry, and others that continue cooperation at a lower level. Bertotti found both configurations unsatisfactory and decided to first find out what the researchers themselves think about climate change and fossil energy.

Getting our hands dirty
With the help of Sabine Roeser (professor of ethics) and Behnam Taebi (professor of energy and climate ethics) from the Faculty of Technology, Policy and Management, Bertotti set up three workshops. Using Kahoot! as a ballot box, he polled the opinions of fellow researchers on: 1. climate change, 2. the role of the oil and gas industry and 3. the role of the researchers. “This showed me how strongly people support certain ideas. That was an important part of the process for me,” Bertotti says. It showed that practically everyone is convinced that climate change is real, and that the oil and gas industry plays a role in this.

Yet this did not lead to the conclusion to break off cooperations with the oil and gas industry. Why not? “It is a classic dilemma between purity and achieving nothing or getting your hands dirty to get things done,” says Bertotti. “We have chosen the latter. In the future, we will have to rely on detailed knowledge of the deep sub-soil for applying geothermal energy or to store hydrogen - knowledge only the oil and gas companies have. If we cut ties with that sector, we will no longer have access to it. So we decided to stop following the research money and only start a project if it gives us knowledge that we can use for the energy transition.”

‘We have no tribunal here’

In practice, this means that a researcher writes an extra paragraph about what knowledge will emerge from the proposed project and how it will further the energy transition. Suppose the researcher does not have a good story to tell about this, will the cooperation lapse? “We haven't come that far. We do not have a tribunal, or an ethics committee. We want to put pressure on researchers to explain what they are doing and what that contributes to the energy transition.”

For partners in the oil and gas industry, the transition paragraph is not an obstacle, Bertotti knows. To illustrate, he talks about a study by Shell into the storage of hydrogen in empty salt caverns (“underground cavities three to five hundred metres in size”). It is one of the examples where the oil and gas industry is looking for a role in a sustainable energy supply. “It‘s a grey area,” Bertotti believes. “But if the hydrocarbon industry is working on energy transition projects, why shouldn’t we contribute to it with our knowledge?”

Even research into improved oil extraction techniques can continue under the new code of conduct. A fellow professor wanted to contribute to deep offshore oil drilling off the coast of Brazil with an associated CO2 storage project. On Bertotti's advice, the transition paragraph now states that knowledge about the interaction between CO2 and rocks is also relevant to geothermal energy in the Netherlands. “Theoretical knowledge always has more applications,” Bertotti explains. “We are not going to get involved in the planning of boreholes.”

Bertotti calls on researchers to mention projects they are working on, and with whom, on their personal webpage. It is an openness to research that has not been common so far, but which he would welcome. “I think as a department you have to be able to explain what you are doing. Twenty, thirty years ago that was not an issue, but now it is.” (Article continues under the graphics)

Oil tanker
The shift from fossil to renewable energy is taking place slowly but irreversibly. Like an oil tanker, to use a poor metaphor. Within the geoscience & engineering department, this can be seen in the research funding between 2015 and 2020. The total budget decreased by over 13%, while within that, the share of contract research (with the oil and gas industry) dropped from 57% to 37%, and the percentage of research grants (second-stream funding) doubled from 9% to 18%.

Bertotti also sees a change of direction within the oil and gas industry. “The industry doesn't lose sleep over what Mark Rutte says, or a professor. But when the Norwegian pension fund announced its intention to withdraw from the fossil industry, it was a different story. Political pressure from outside came in via the shareholders who feared a drop in value. That is how it works.” 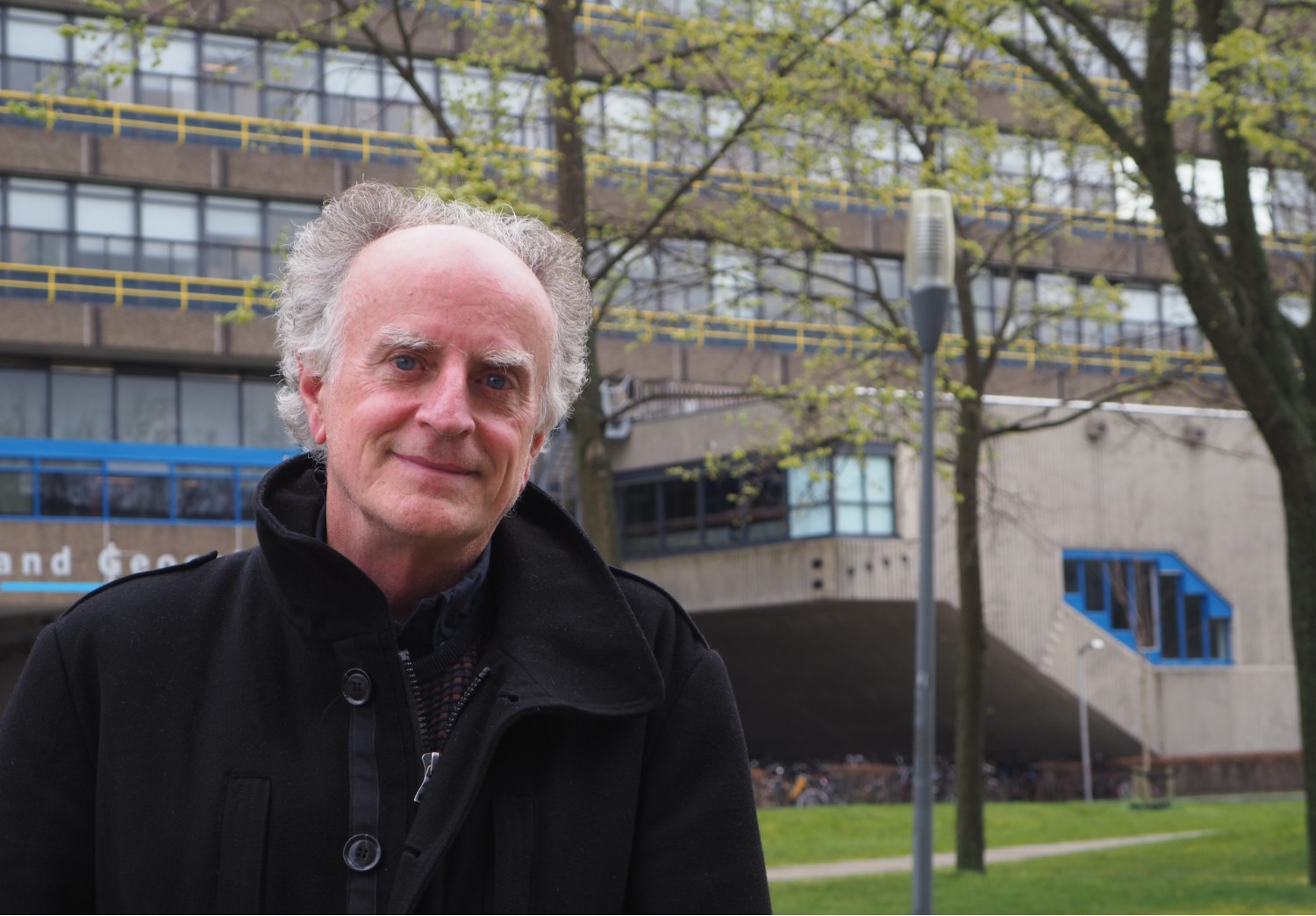 Giovanni Bertotti: ‘We followed the research money like everyone else and didn’t ask ourselves many questions about it.’ (Photo: Jos Wassink)

As far as Bertotti knows, this was the first time that researchers themselves discussed the morality of their research. “We can be an example for other faculties and universities with this.” He himself questions, for example, on research into housing on Mars (we‘d better save the Earth), radar research with China (abuse is to be expected), or aviation research (we’d better take the train). At the same time, the professor is a fervent defender of academic freedom of research: “The university should look ten, twenty years ahead. If we only do what society expects of us now, we will no longer be able to do that. Academic freedom is a very important value.”