The Superbus was brought from Lelystad to Nieuw-Vennep to the National Transport Museum on 14 December 2020. (Photo: Arno van der Holst)

The Superbus was brought from Lelystad to Nieuw-Vennep to the National Transport Museum on 14 December 2020.

His colleague Arno van der Holst, Director of the Netherlands Transport Museum (in Dutch), was keen to make place for it. Space could be made in the hall on the Lucas Bolsstraat in Nieuw-Vennep, close to Schiphol Airport, among the cars, carts, aircraft and trams. Last Monday, the 8,000 kilo vehicle was hoisted onto a flatbed truck and delivered. Along with the Superbus, Van der Holst received four crates of documents and a couple of sets of new tyres. TU Delft did not supply the battery pack so that the vehicle would not be driven.

“The Netherlands Transport Museum is an alliance of 33 associations, foundations and organisations that work on collecting and restoring vehicles,” explains Van der Holst. The Superbus is the final piece of an exhibition about 2,000 years of transport that will now be called From Roman roads to the Superbus. To Van der Holst, the Superbus symbolises the dreams, courage and daring of enterprising Dutch people such as Wubbo Ockels, the spiritual father of the project.

Wubbo Ockels, then Professor of Sustainability at TU Delft, came up with the idea of the Superbus on the train to Groningen in 2003 when he was stuck for hours behind a broken train. “If we could just put the train on wheels, we could get by,” remembers Dr Joris Melkert him saying. “Hence the idea of a light, fast bus on wheels, the Superbus, was born.” The idea grew and took shape during the discussions around the Zuiderzeelijn, a high speed railway line to Groningen that could be done by Superbus. It attracted EUR 7 million to make a prototype, but also attracted much criticism (in Dutch) from other professors. 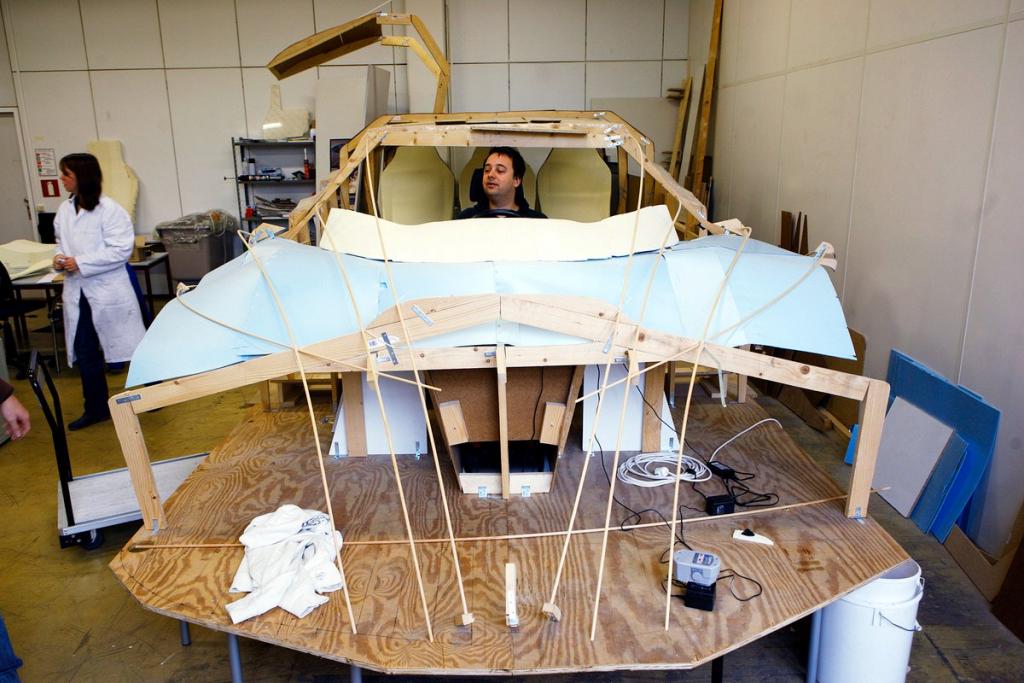 Students test the driver’s view in a mock-up of the Superbus. December 2017. (Photo: Sam Rentmeester)

Melkert was the Project Leader for the Superbus right from the start. Looking back, he says “It was fascinating to be involved in something like that. When do you get the chance to work on such an exceptional project? Not everybody agreed to it, and some people were completely against it. But that’s life. You just need to get on with it. Our plan was to build a full-scale prototype, a proof-of-concept. Our ideas went no further than that. In the end, we even managed to get a number plate from the RDW (Netherlands Vehicle Authority). We had never even dreamed of that!”

The last time that the Superbus was in the news was when the RDW issued the number plate, BZ-XG-15, in May 2012 to Ockels. Things went quiet after that and Ockels died two years later.

How does Melkert now look back at the Superbus project? “Our plan was to develop a prototype, and nothing more. We got much further than that though, and were even involved in the discussions around the Zuiderzeelijn. This generated the funds to build the prototype. We also trained a lot of young engineers in the project, not only those from TU Delft, but also from a few universities of applied sciences. What I really like now is that electric vehicles have really come a long way. I remember when the bus manufacturer VDL did not even want to talk to Wubbo because they did not believe in electric vehicles. Now, 10 years later, all the busses in Rotterdam are electric. I can’t help but think that we might have played a role in this.” 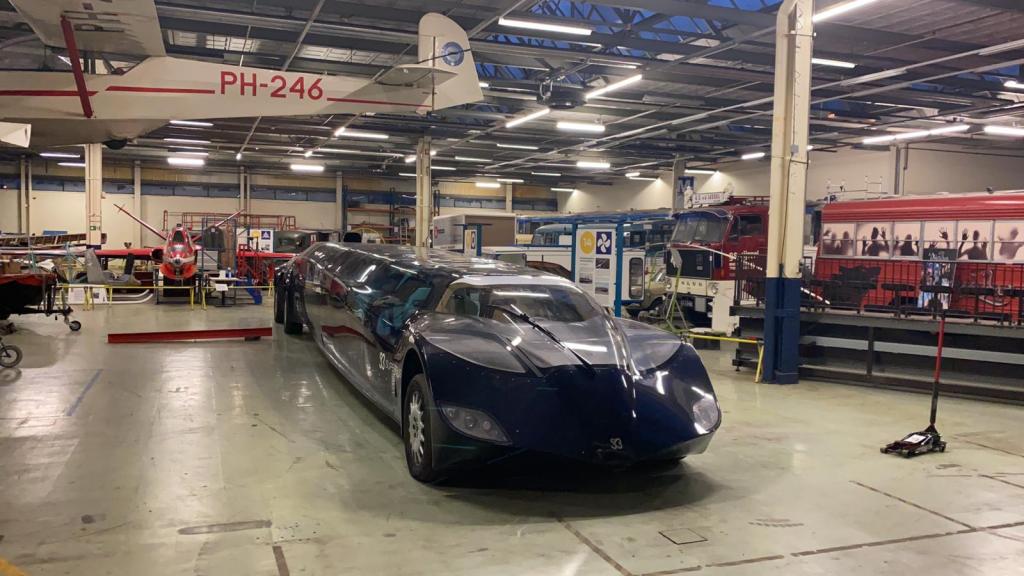 Melkert is happy with the Superbus’s new home. The higher number of organisations that make up the Museum means that the latter is less vulnerable than the Museum in Lelystad. The Superbus and its accessories is currently on loan to the Netherlands Transport Museum by TU Delft. “At some point we may say that this is a good place for the Superbus and Wubbo’s legacy and that we donate it, but at present TU Delft prefers to retain responsibility for it and hence it is on loan.”

However, as part of TU Delft’s heritage, should the Superbus not be housed in the Science Centre? “I did not even know that they were doing this,” responds Michael van der Meer, Director of the Science Centre. “It’s a pity that it is now done. The Executive Board had wanted to house it in the Louwman Museum in The Hague. To my mind, the Superbus should stay at TU Delft. The bigger question, though, is how TU Delft views its heritage. Should it store, manage, display or give things away to museums? These decisions are now taken randomly. The Executive Board has no vision on this.”

The rate of traffic injuries is much higher in old inner cities than elsewhere in the country, concludes Prof. Bert van Wee who was part of an RTL Nieuws investigation.
Science

‘We just want to show what is happening to the climate'

He does not want to wag his finger, but does feel that people should be more aware of climate change. That’s why student Dennis Botman thought up an app called ThermoMate.