Building with shit that matters

In India, earth compressed with manure is a traditional building material, but can such an unfired block withstand the Dutch climate? (Photo: Justyna Botor)

The eco-building brick currently being tested at The Green Village is low carbon, made locally, and offers a way out of the cow dung surplus. Is this too good to be true? 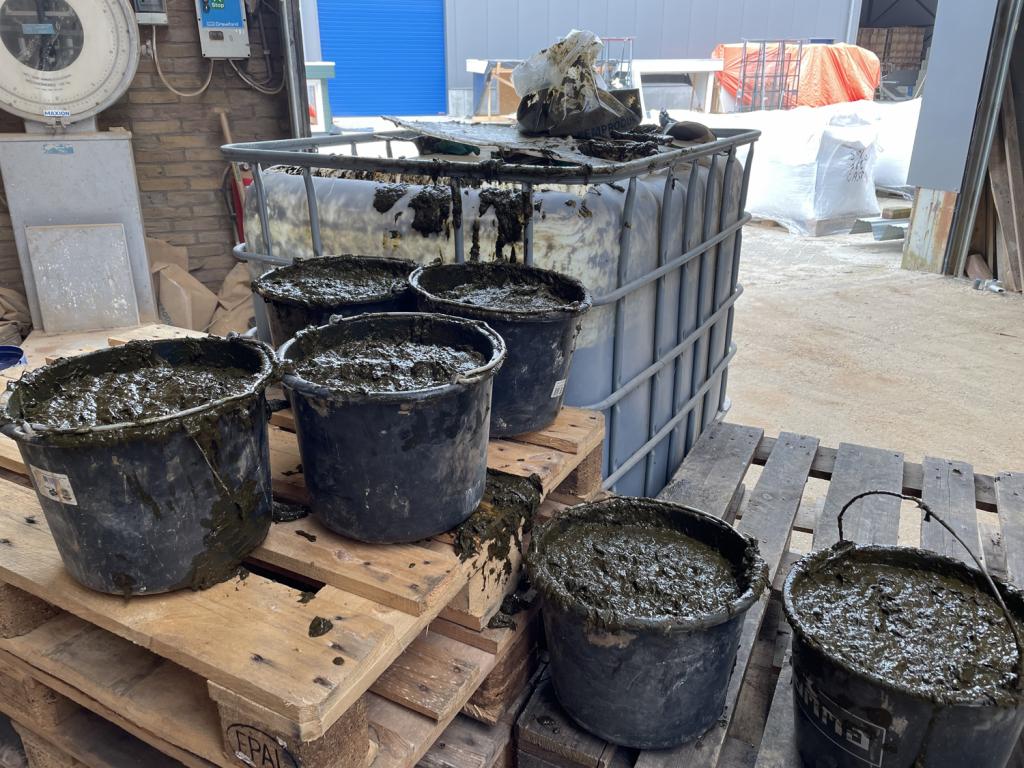 Raw material for the building blocks: 1 bucket of manure for 6 buckets of mud. (Photo: Yask Kulshreshtha)

PhD candidate Yask Kulshreshtha (Faculty of Civil Engineering and Geosciences) is not afraid to get his hands dirty. With two helpers, he mixed one ton of fresh cow dung with six tons of mud. This bio earth mix is the basic material for 700 building blocks that will be tested in the coming year. After compressing and drying, the mud-manure mixture turns into building blocks with the following main characteristics: cheap, locally produced and uses organic waste material. As as TU Delft | Global Initiative FellowKulshreshtha is thus bridging a knowledge gap between his native India and the Netherlands, where he graduated. In India, earth compressed with manure is a traditional building material, but can such an unfired block withstand the Dutch climate? 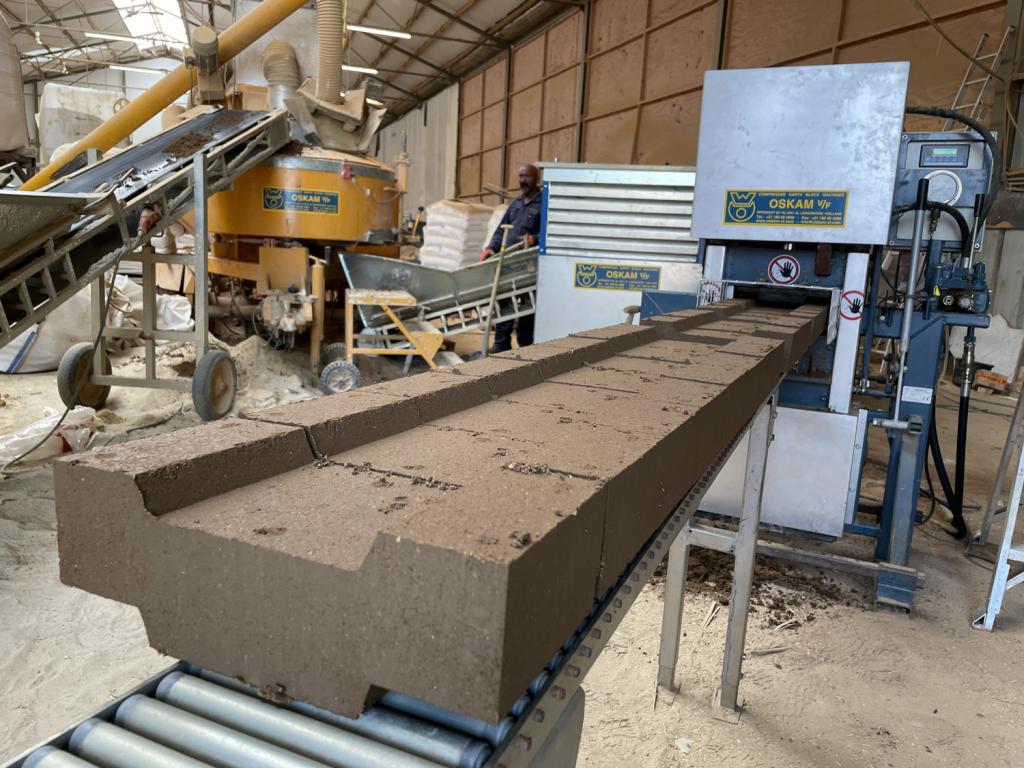 To find out, the enthusiastic and communicative civil engineer has spent the past week building two walls within a concrete frame on the grounds of The Green Village, TU Delft's living lab of the future. With a trial period of at least a year, he will test the weather resistance of two types of compressed building blocks: with and without cow manure. “I want to develop a building material that is affordable, durable and desirable,” Kulshreshtha tells about his mission.

‘Cow dung is the shit that matters’

Research financier NWO is supporting the research because it could be of great societal importance. The building sector is responsible for 39% of global CO2 emissions. This is due to both cement’s energy intensive production process and the energy used for heating and cooling.

The production of the compressed building blocks that Kulshreshtha works with requires hardly any energy at all, only a press and a space to let them dry in the space of a few weeks. Because the ecological building blocks can absorb and release water vapour, they also have a stabilising effect on the indoor climate. This reduces the energy consumption for heating and cooling.

In addition, if used on a larger scale they can alleviate the cow manure situation and the nitrogen problems associated with it. "Cow dung," sums up Kulshreshtha, "is the shit that matters.” 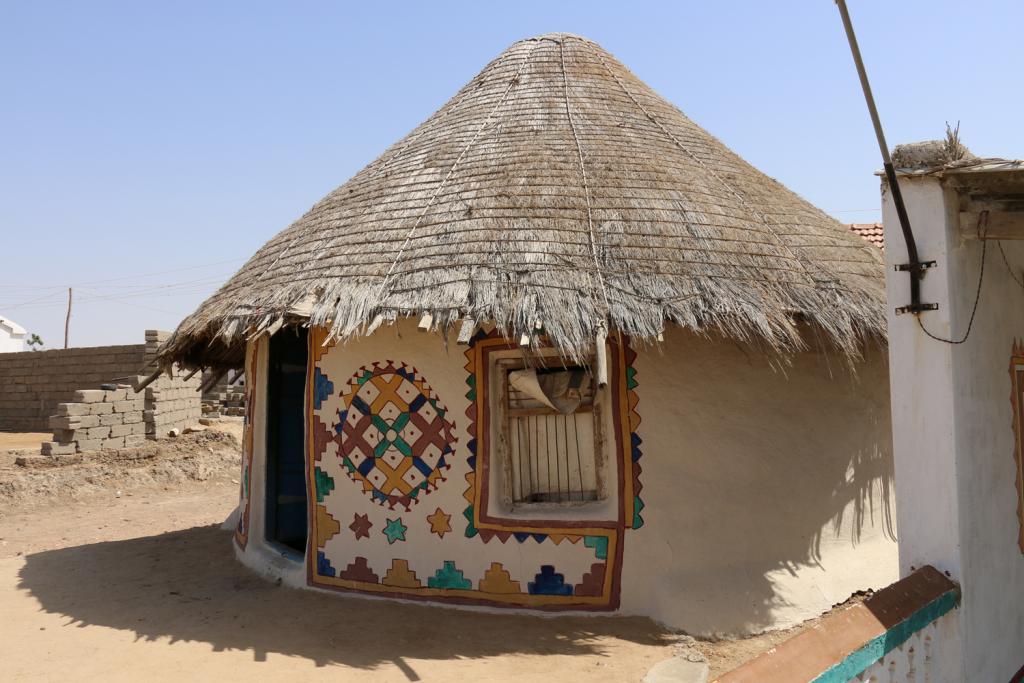 The use of cow dung in mud houses in Africa and India is widespread because, as experience shows, it makes the material more water-resistant. But researchers want more than tales and tradition; they search for understanding and proof instead. That is why Kulshreshtha started investigating which part of the cow dung is responsible for the water repellent effect. Analysis of fresh manure from the Hoeve Biesland farm revealed two main components: fibres and intestinal bacteria, the latter consisting largely of water-repellent fatty acids. These organic compounds are also the source of the manure smell, but the stink apparently disappears after a few days in an enclosed environment.

If the trial at The Green Village succeeds, Kulshreshtha will have offered the Netherlands a promising building material: cheap, low-carbon, energy saving and farmer friendly.

In his homeland of India, the impact may be even greater because of the size of the country and its population. Mud houses used to be the traditional form of house construction there, but because the material was not waterproof, the houses required a lot of maintenance: replastering after every rainy season. No wonder many preferred maintenance-free houses of bricks and concrete when these were introduced by the British. Kulshreshtha hopes to revalue the traditional building material, in a water resistant version, by working with imaginative architects.

According to research by TU Delft and TNO, deep subsidence is not the cause of damage to buildings in Groningen. What is the matter then, Delta asked researcher Jan Rots.
Science

Is this wing the future of greener aviation?

Modelled after birds, this wing can adaptively change its shape in-flight. Just by morphing it can help civil aircraft save up to 15% of fuel per flight.
Science

Leave China and Russia to us, universities say

We take the risks seriously and we make sure that things turn out right. That is the message from universities on collaborative research with countries that are not free.