Hundreds and thousands of new homes to be built in the Randstad region, with rising sea levels approaching? Professor of Urban Geography has his doubts.

The Climate Summit in Glasgow is once again forcing humanity to take a reality check – things are not going well with the climate. And on top of this, the Netherlands is coping with a housing crisis. Students still live with their parents because they cannot find a room and young starters/entrants cannot buy homes because of the high prices. The demand for housing is high. The solution of the VVD political party is ‘build, build, build’ and the Dutch government has confirmed that it will see to it that one million new homes are built in the coming years. “This is, of course, utter nonsense,” says Maarten van Ham, Professor of Urban Geography at TU Delft.

You mean that building homes will not solve the housing crisis?
“It’s not only about a shortage, it’s also about distributing the existing houses. We should first look at how we can use the current stock. What makes this difficult is that many baby boomers live in large homes. This group of people should move to smaller, age adaptable homes in which senior citizens can stay and grow old. But this generation is not ready for this yet.”

So no one million extra homes?
“The number is absurd. A million new homes means a million times more concrete, wood and energy. This is, of course, not sustainable at all. And if we really do need extra homes, the question is then whether we shouldn’t build them in the east of the country. The cities there are better equipped to deal with the forecast climate change induced sea level rise.”

Should we then forget about our current cities and build new cities above sea level?
“It’s not that easy. Our cities have a historic cultural value and it’s a major dilemma to decide where to build new homes. There is a tendency to build in cities, but in truth it is crazy to build so many new homes below sea level. Maybe at some point we should make a deal with Germany to gradually move Dutch people there and to turn our country into a big natural wetland. Though it will take quite a few years before this will happen.”

Why should we move to Germany? Surely Dutch engineers can create new land? Just look at Flevoland.
“True. It is fascinating what engineers can do. For example, look at the A4 motorway between Schiedam and Delft. One million litres of water is pumped out every day to regulate the groundwater. This is an amazing feat of engineering. However, from a sustainability perspective it is crazy. I don’t think we are anywhere close to the limits of what engineers can do, but at a certain point, they will be up against a brick wall.” 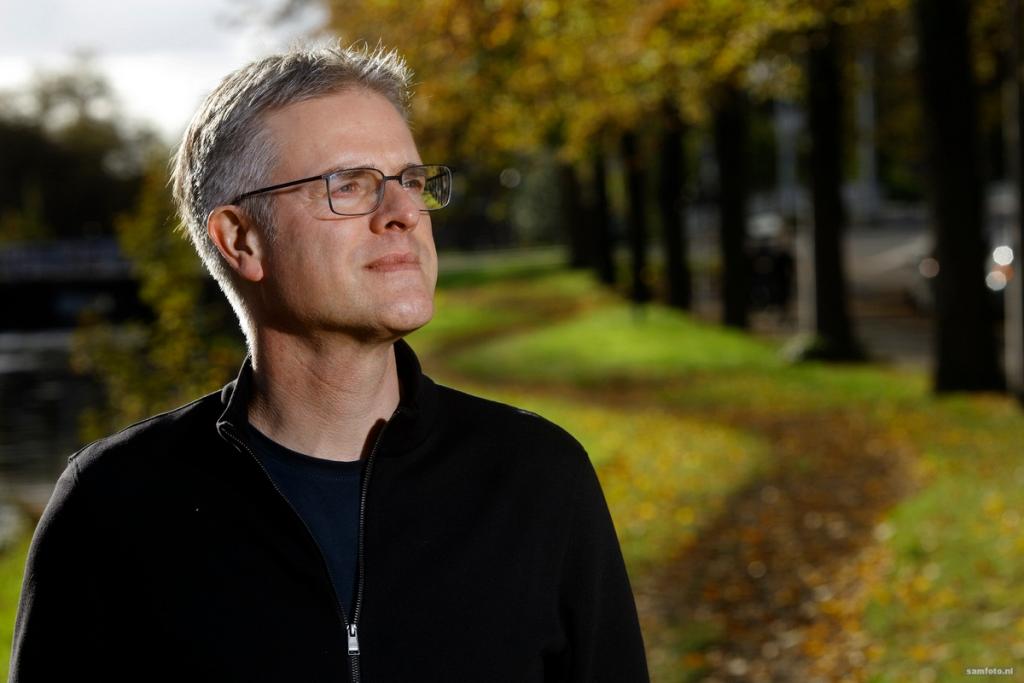 Maarten van Ham: “The city has turned inside out over the years.” (Photo: Sam Rentmeester)

So for now build more homes around the current cities?
“For now, yes. The best thing of course would be to go for high-rise so that we do not urbanise the entire country. This also saves on ground, building materials and energy. Utrecht wants to become a ‘10 minute city’ where all amenities are within a 10 minute walk or bicycle ride. This is a good goal.”

The Netherlands consists largely of mud, so can we even build upwards?
“Years of experience means that the Dutch are now experts in building on soft ground. As long as there is solid layer of sand beneath the mud, there is a foundation for construction. This will help meet the need for as many people as possible to live in the city. What we will see more of, however, is that the poor and rich will be even more segregated.”

You mean that the rich live in the cities while the poor live ever further out in the outskirts?
“Yes. What you see is that the city has turned inside out over the years. Cities were not pleasant places to live in the 1970s. People with higher incomes moved outwards to the suburbs. Around the 1980s the inner cities were renovated and improved. And it is only since the 2000s that inner-city living has become more popular among the higher educated and the higher income groups. This has led to an exorbitant increase in prices there. People with lower incomes cannot afford these prices and are moving further and further from the city centres to the outskirts. Previously there were poorer and richer neighbourhoods, but now that segregation is happening at district and metropolitan level.”

‘We may become the country of islands and floating cities’

Is the threat of gas shortages having any impact on the inequality in the city?
“People who are well-off will not notice it immediately. They have enough money to take preventive measures and will thus be able to minimise the effect of rising energy prices. People in the social rental sector will get more sustainable houses from the housing corporations. It will be the middle-class that own their homes that will feel the pinch. This group does not have the financial means to invest much in making their home more sustainable.”

Back to rising sea levels, we can’t just continue expanding the cities in the Randstad forever. How long will it be before the move eastwards starts?
“I don’t think that I will be around to see people leaving the Randstad en masse. Unless a major disaster hastens the process, it could be another 200 years before this part of the Netherlands, even with technical adaptations, is no longer liveable. We will continue to live here, around the beautiful historic city centres, for as long as we can perhaps in floating cities or with new inland dykes. We may even become the country of islands and floating cities. The Dutch may just plough on for hundreds of years deploying technical solutions. This may be the thing that demonstrates the great resilience of engineers.”

Research confirms: the lockdown was hard for many academics

Non Dutch and young female academics in particular faced problems during the first lockdown, says research by The Young Academy and the LNVH into the impact of the lockdown.
Science

AI is here to stay, but how can we avoid undesirable consequences?

A WRR report on artificial intelligence recently gained a lot of media attention. What does it say and what can TU Delft do? Pro Vice Rector AI Geert-Jan Houben reflects.