Christopher is producing one of the parts he designed some months ago. (Photo: Redmer Aarnink)

In January, the TU Delft Solar Boat Team revealed the design of their first seaworthy solar boat. They have now started production.

At our design presentation in January, we revealed the unique design of our first offshore solar boat. This boat will also be the first foiling trimaran on solar power in the world. Six months of hard work resulted in the design of this seaworthy solar boat of eight metres long and six metres wide that can conquer the oceans. With the world championship in Monaco less than four months away, we have to work hard in the upcoming months on building it.

Turning design into realityOne of the most exciting parts of being a Dream Team is that we go on where most university projects stop. We never do anything just to get a good grade. Everything we do, from designing a boat, writing a production plan and choosing the right production facilities and materials, is done with one goal in mind. We do all this because we will actually produce, test and in the end, race this boat in the world championship. This is very exciting, but it also puts a lot of pressure on the entire team  to be their very best in every aspect of the project. A small mistake in the design or production could potentially be a critical mistake during testing and racing.

Production throughout the NetherlandsSince many of the systems in our boat are unique and customised, we use multiple production locations throughout the Netherlands. Our Hull & Body Department is in Emmeloord at the moment, where the hulls, deck and all other carbon components of the boat are produced. The main reason for this Department having to do all its work a two-hour drive from Delft is that we need an oven of over eight metres long, which, for some reason, we do not have in the Dream Hall.

Some of the other locations we work at are: Medemblik, where we produce our hydrofoils; Venlo where the plug for our hulls was made; and Sneek, where the carbon tubes that connect our hulls are produced. Of course, we also produce a lot of parts here in the Dream Hall and the entire boat will eventually be assembled here in Delft as well.

We only have a few months of production time before we start testing, so we must make a lot of progress in the coming months. We will update you on our production progress in the next blog. Follow us on social media to stay tuned on our progress as we produce the first foiling trimaran ever, with which we will conquer the oceans.

This article is written by Redmer Aarnink, one of the team members of the Solar Boat team. 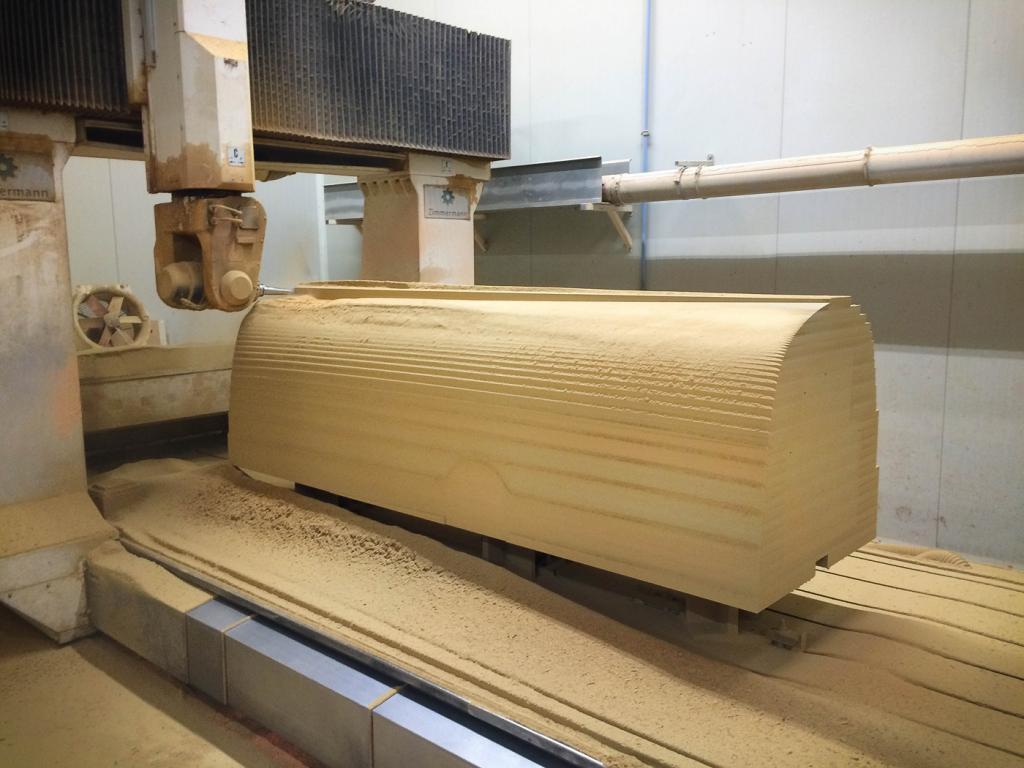 The plug of the main hull that is being produced in Venlo. This is the first production step of the hull. (Photo: Kristian Ruiter)