In this blog we share our experiences of IRPdelft, a non-profit foundation which gives master students a challenging international and educational experience abroad during the summer. At this point, the projects are almost finished and we have only one week left before we leave for our joint holiday destination: Rio de Janeiro!

We will try to briefly explain what the projects have been doing over the past six weeks.

By 2020, service experience will be the competitive differentiator, even more so than quality. Customers expect more, want to be better informed and have more suppliers to choose from. This especially applies to companies in the health sector – it’s all about humans.

So improving the customer experience will be Philips Healthcare Argentina’s focus in the coming years. In a country as big as Argentina, with limited transportation options and very strict customs regulations, this is quite a challenge. It takes quite some preparation to change to a ‘Customer First’ mindset. To make it easier to steer towards this mindset, team Philips performed a Customer Journey Mapping, focusing on Digital Imaging and Image Guided Therapy equipment. As a part of this research, it interviewed Philips Healthcare customers. Most of the customers were in Buenos Aires, but many were also in Tucuman, more than 1,000 km from the capital.

After this extended research, the whole office was involved in promoting this new mindset. To generate ideas and motivate the staff at the Buenos Aires office, we organised a two day intensive workshop. Cross-function groups worked on the future plans and determined the steps that Philips should take, now and later.

At the time of writing, the workshop is finished and it was a great success. A lot of smiling faces and a lot of feedback to process. Our last week will mostly be spent processing all this information and bundling it into a coherent final report and presentation. It was a heck of a customer journey! 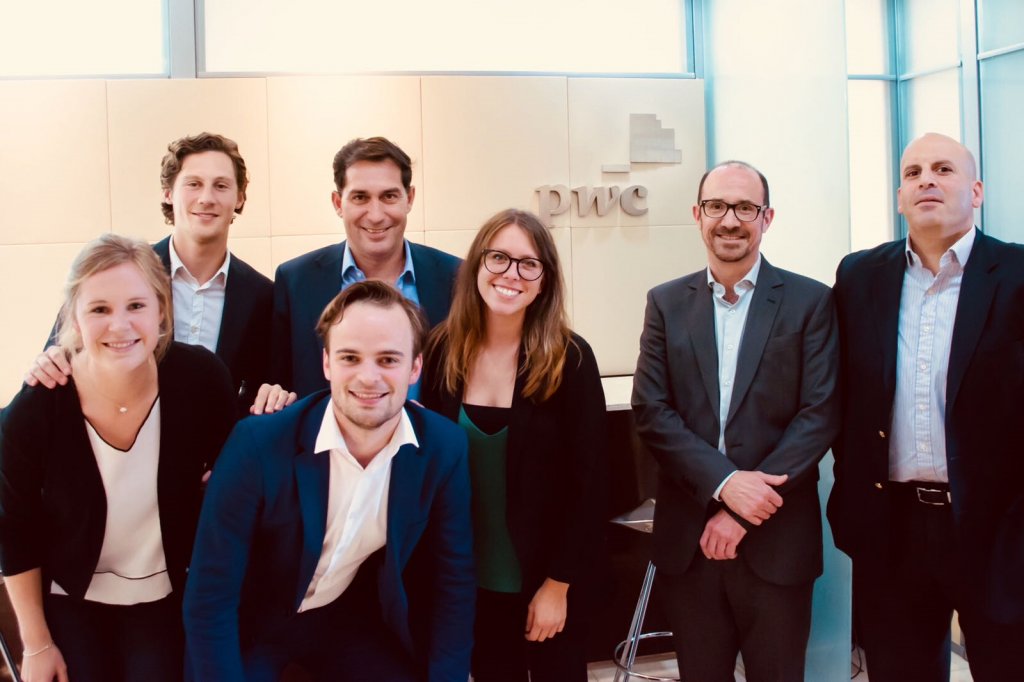 Team Varo Energy is researching the biodiesel market. Many Europeans don’t actually know what type of fuel ends up in their cars when filling up the tank at the local gas station. Nowadays, the traditional petrol and diesel are blended with ethanol and biodiesel respectively to reduce the impact on our planet. Our research focuses on the ever-changing biodiesel market, a highly policy-driven market given the increasing sustainable global mindset. To give you a quick and general idea about the topic and its diversity, I will give a very short summary.

Biodiesel can be produced from several resources such as palm oil, soy oil, animal fat and used cooking oil which are produced, collected, transported and processed around the world. Argentina is one of the biggest players at the global scale with a huge production of soy beans, soy oil and, of course, the derived biodiesel.

Our team conducted four weeks of on-site research in Buenos Aires, Argentina. With 20+ interviews with companies and experts in the field, team Varo has gained a lot of useful insights about the political situation, the expected decline of exports in soy-based biodiesel and new possibilities for advanced biodiesels based on used cooking oil and animal fat.

Besides all the interesting findings, we, of course, also enjoyed our weekends and we must say that Argentina has some astonishingly beautiful sights on offer combined with some of world’s finest steaks and wines. 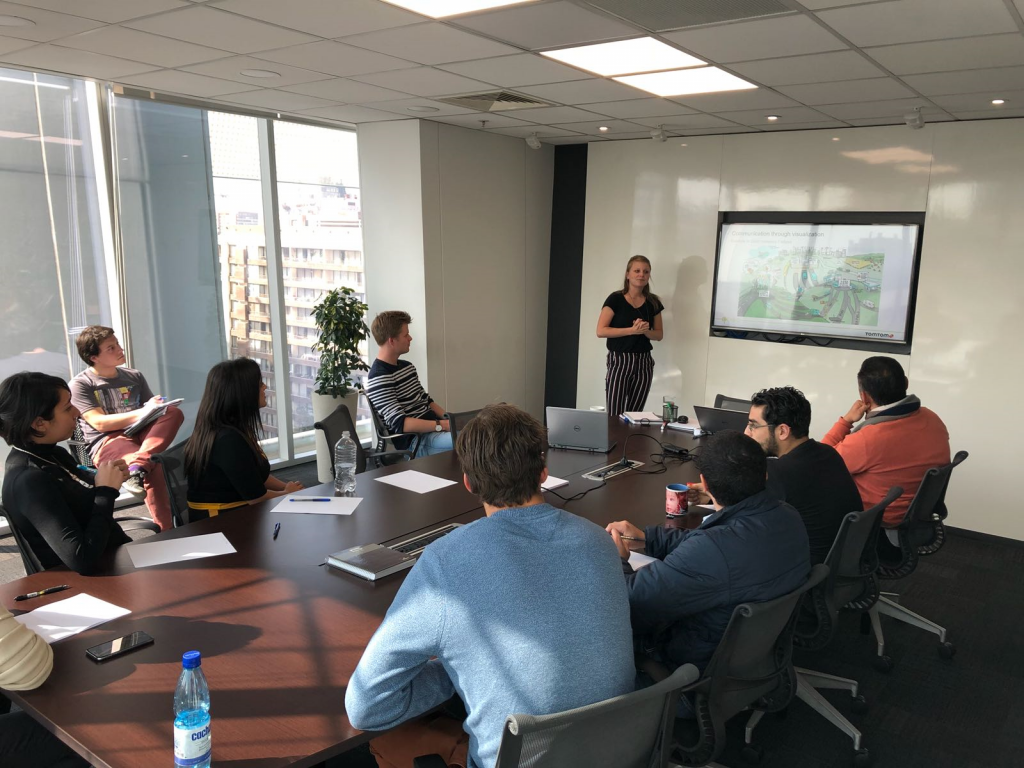 In Santiago de Chile, David, Joël, Marloes, Mathijs, Sander, and Tim are researching partnership opportunities for TomTom. Having transformed from a manufacturer of personal navigation devices to a producer of digital maps for a broad range of uses, this Dutch company now makes mapping products that are used by companies like Apple and Uber.

Attaining this level of map quality starts with acquiring the right source data. The IRPdelft team is exploring opportunities for TomTom to engage in partnerships with public institutions, in order to receive data from them that can be used to expand or update the TomTom maps. Over the past weeks, the team has interviewed countless stakeholders at both TomTom and at prospective partner authorities, and has taken a deep dive into data analysis. The team regularly aligns with TomTom executives in Europe and South America to make sure it stays on track.

The Director of TomTom South America was impressed with the team's skills, so he requested it to set up a series of knowledge sharing workshops. In four sessions, the team covered topics such as visual thinking and problem solving techniques, attracting an audience of dozens of colleagues from various TomTom offices in South America. A great way for the team to add even more value!

In their spare time the team members explored both the vibrant city of Santiago and the beautiful scenery that surrounds it. As Chile is the longest country in the world, it is hardly surprising that its scenery is incredibly diverse. Weekend trips took the team from the mountain lakes of Pucón to Atacama, the driest desert on the planet. One thing that has become painstakingly obvious is the fact that Chile has far too much to offer to experience in one summer, and that it is definitely worth another visit! 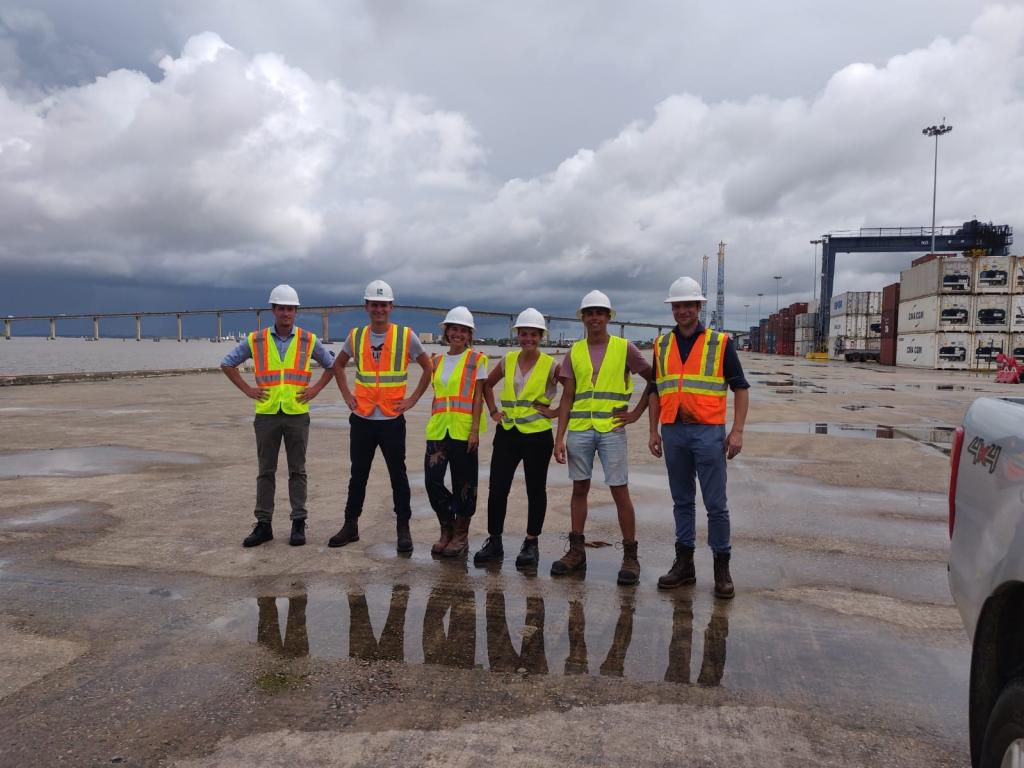 In 2015, major oil-discoveries were made in offshore Guyana. These discoveries will not only be very beneficial for oil & gas companies, but also for geo-intelligence companies such as Fugro. Most importantly, however, is that Guyana itself should benefit from them. Guyana is currently still underdeveloped, but the country will undergo an unrecognisable change within the next 10 years. Guyana only has 750,000 inhabitants (comparable with the city of Amsterdam), even though the country is five times as big as the Netherlands. Ninety per cent of the population lives near the coast and around 85% of Guyana’s land surface is dense rainforest.

Considering both the planned offshore oil developments and the potential for large inland infrastructure improvements, Fugro expects that there will be significant potential for its geo-intelligence and asset integrity services. To this end, it asked IRPdelft to develop a 10 year business-strategy for Fugro in Guyana.

Since Guyana and neighbouring country Suriname have similar subsea geological characteristics, the expectations for Suriname have been increased. So far, no major offshore oil discoveries have been made in Suriname. However the question is not if oil will be found, but when. For this reason, Fugro has expanded the scope of the business plan to include both Guyana and Suriname.

Team Fugro started its project at the Fugro Americas headquarters in Houston. After a week of preparations, we flew to Guyana to do the field research. The differences between America and Guyana could not have been bigger: a huge booming economy where everything is bigger than we are used to and a country with a small economy and unpaved roads.