Angry farmers and their upside down flags are threatening to bring down the government. If the government does indeed resign, it could also affect the higher education sector.

The upside-down flag was originally a distress signal. In medieval fortresses, the flag was turned upside down when an attack or siege threatened to be fatal. At sea, from the sixteenth century onwards, a upside-down flag signalled that a ship was in distress or that a man had gone overboard. The current meaning of the blue-white-red flag is a protest against the government out of dissatisfaction with the (nitrogen) policy. There is also a vague connotation of a reversal of the balance of power that is not entirely scientifically correct. 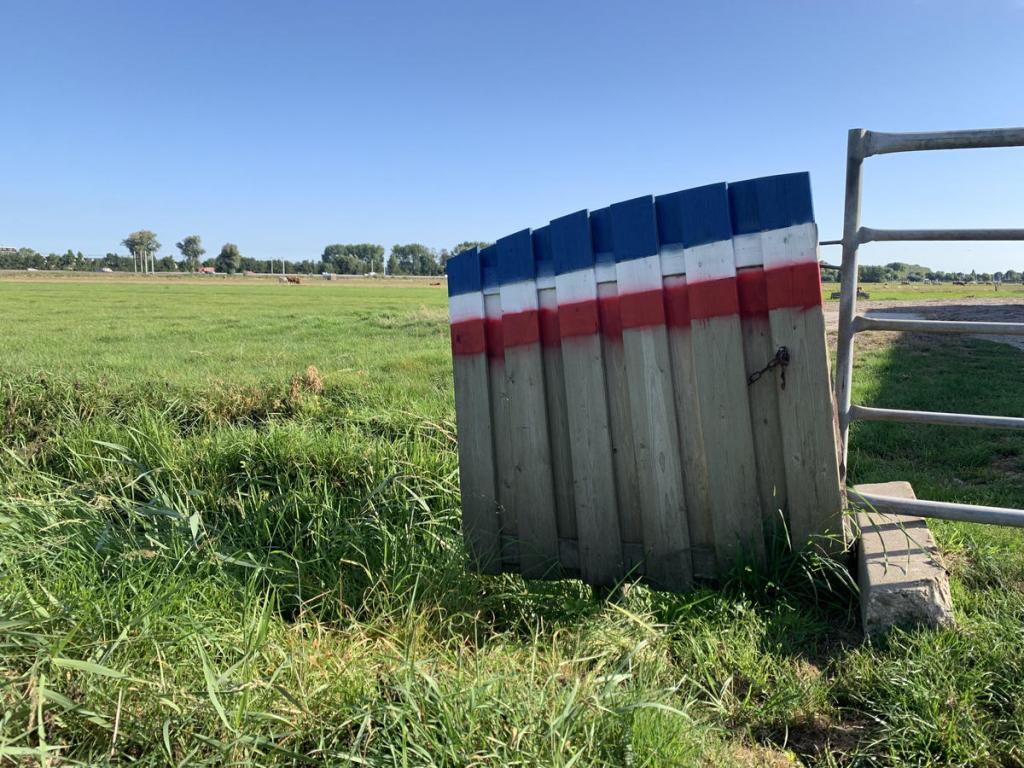 Tensions in the government are running high now that CDA leader Wopke Hoekstra has strayed from the coalition agreements and is playing down the need to halve nitrogen emissions. The asylum crisis has added to the turmoil: ChristenUnie’s supporters are restless and the coalition parties are each interpreting the compromise they reached in their own way. Meanwhile, thanks to the energy crisis, inflation is soaring too.

The Rutte IV cabinet could fall apart over any one of these issues. If that happens, the plans for the higher education sector will also be put on the line.

The reason is that when a cabinet falls, the Senate and the House of Representatives can declare certain subjects ‘controversial’. These subjects will then only be put on the agenda again after new elections have been held, or the parties may even want to wait until a new coalition has been formed.

This scenario is also on the cards for the higher education bills currently under discussion. The last time this happened was in 2021, when a bill that was supposed to curb the influx of foreign students and restrict the growing influence of English in higher education was shelved because the Senate was not prepared to vote on it.

The new minister of education, Robbert Dijkgraaf, was happy with that decision, and has since discarded his predecessor’s bill and plans to come up with a better version.

Should the current cabinet fall, then the bill proposing a new basic student grant may also be declared controversial, especially as the largest governing party, Mark Rutte’s VVD, is against it.

However, as all the other parties (including D66, PvdA and GroenLinks, who introduced the loan system in 2015 together with the VVD) are in favour of a new basic student grant, they may want to press on with the bill, even if it is with a caretaker minister.

But more legislative changes are in the pipeline. For example, the government wants popular degree programmes to be able to draw lots again instead of making their own selection of first-year students. The idea is that when there are simply not enough places to admit everyone, selecting among the candidates is not the right way to get around this – or sometimes even impossible.

The VVD in particular is against drawing lots; they think a selection procedure can work. After all, the previous lottery system was abolished for a reason, wasn’t it? However, other parties believe that a lottery will ensure more equal opportunity.

In the coalition agreement, the government has plans to change the rules of the ‘binding recommendation on continuation of studies’. This involves being more lenient on students who achieve too few ECTS credits during their first year of study.

Here too, by no means all political parties think this is a good idea. Opinions in the House of Representatives are rather divided about the binding recommendation, and the scales may easily tip after a new election.

The details have yet to be worked out, but Minister Dijkgraaf has all kinds of plans for the distribution of the extra funds for higher education and research. For example, he wants to offer researchers at the beginning of their careers start-up capital in the form of ‘starting grants’. Dijkgraaf’s critics have all manner of reservations about this plan, so if the government falls, it could easily be thwarted.

The government also wants to enable part-time degree programmes to work with ‘learning outcomes’. This would mean that part-time students would no longer have to follow fixed curricula, as long as they can demonstrate they have learned enough by the end of the programme.

But there are doubts about how the government can ensure quality is monitored. An experiment was carried out, but was it enough to convince all the parties? The launch of this experiment was accompanied by warnings about the impending impoverishment of the education sector from none other than the very consultant who was engaged to advise on the degree programmes’ plans.

Pulling the plug too quickly?

Should the cabinet indeed fall this autumn, this is bound to provoke criticism: first endless negotiations are held to form a new coalition, and now the plug is being pulled within the year? That’s a poor show.

To counter that criticism, the coalition parties may try to declare fewer issues controversial. This will allow some of the ministries to continue down the agreed path, while others will have to put their plans on hold.

After all, the previous cabinet was also able to continue governing in a caretaker capacity, for example taking far-reaching decisions on the coronavirus measures. The plans to spend billions on research and innovation under the National Growth Fund also went ahead. So why wouldn’t this be possible if the nitrogen, asylum and energy crises end up toppling this government?

Moreover, the renowned physicist Robbert Dijkgraaf does not seem to have made any political enemies as yet, and any new cabinet will probably not be able to avoid working with his centre party, D66.

Barring the completely unforeseen, Dijkgraaf is likely to be here for a while yet, and so as long as he is in office, the coalition might as well keep talking about his plans.

On Prinsjesdag (budget day), the Dutch government flogged millions of euros to maintain spending power. What will students notice? The measures in a row.
Education

Young Academy: data collection on ethnicity may be a ‘necessary evil’

To combat discrimination, collecting data on the migration background of students and staff may be a ‘necessary evil’. This is a conclusion drawn by The Young Academy.
Education