Aircraft spend less time in hangars thanks to artificial intelligence

Every air traveller knows the scene. You are waiting at the gate when an announcement comes in about ‘a technical problem’ that will be resolved ‘as soon as possible’. Well, yes. That will be a delay or, if it takes too long, a cancellation. But then again, you don’t want to travel with a defective aircraft.

Floris Freeman, a research engineer at KLM Engineering & Maintenance (E&M), expects these kinds of unexpected failures to become less frequent in the future. The cause is often a pump or a valve in the air conditioning system, and you could have seen the fault coming a long time ago. After all, modern aircraft are equipped with thousands of sensors. But that information is not routinely used for maintenance purposes.

There must be a better way, thought Dr Bruno Santos at the Faculty of Aerospace Engineering years ago. His ideal was to base maintenance on sensor information (condition-based maintenance or CBM). He, other researchers and KLM employees wrote a research proposal entitled Real-time Condition-based Maintenance for Adaptive Aircraft Maintenance Planning (ReMAP). It was granted funding by the European Union in 2018 under the Horizon 2020 programme and involved 12 research partners and TU Delft as coordinator. The capstone was a six-month practical test at KLM maintenance at Schiphol Airport. A press presentation was held at its conclusion. 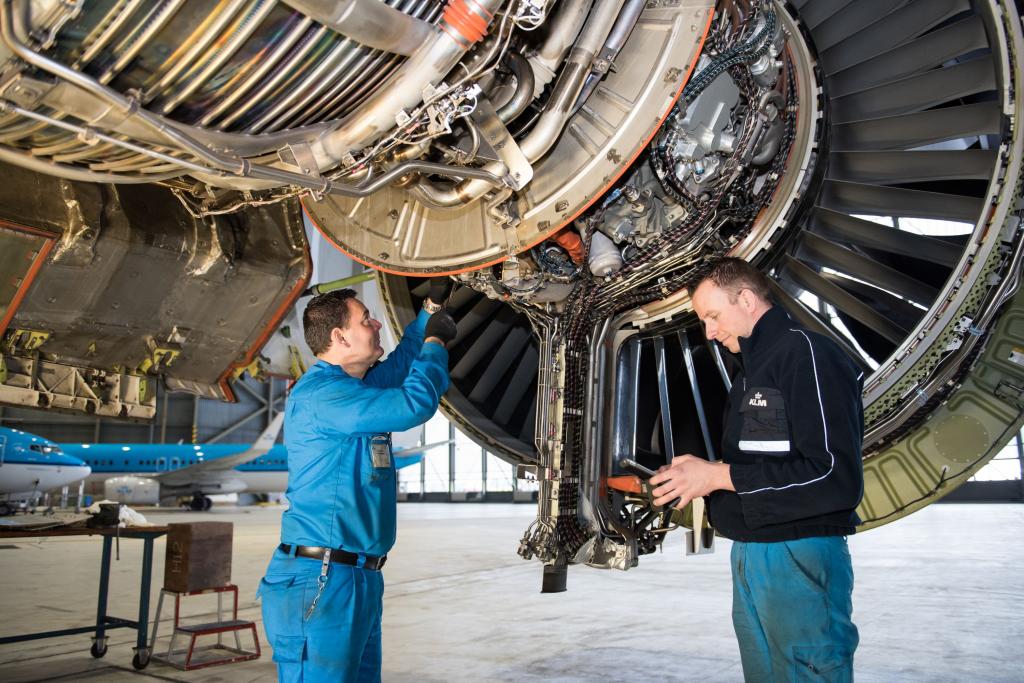 Modern aircraft are equipped with thousands of sensors monitoring the condition of parts and systems. (Photo: KLM)

Service schedule
Traditionally, aircraft maintenance, like that of cars, is based on the number of flying – or driving in the case of cars – hours. In practice, aircraft are in the hangar for a few days for maintenance once every two to three months. On top of this there are inspections and periodic maintenance. “But an inspection only shows you the outside,” says KLM mechanic Salih Dogan. “Sensors measure pressure, temperature, rotation speed of pumps and compressors and so on. They tell you what is going on, on the inside. You can then see a malfunction developing before it triggers the alarm.”

Taking that idea, sensor data has been used at KLM E&M over the past six months to monitor the condition of aircraft. In practice, this meant that after landing, the aircraft transmitted several gigabytes of data (10,000 sensors generate a value every second) via Wi-Fi. Artificial intelligence was then brought in to distil useful information from the data. KLM engineer Freeman said that during that period, on the recommendation of the computer, an air conditioning pump was replaced twice before it failed.

Results
How do the research leaders look back? Project leader Bruno Santos: “We succeeded in modelling the maintenance cycle for condition-based maintenance, including data acquisition, AI model developments, and optimisation of maintenance planning. This will make it possible in the future to transform aircraft maintenance based on fixed time intervals into the continuous health monitoring of aircraft components. Replacements will then be made when needed, reducing waste.”

Data hunger
Artificial intelligence can only function with sufficient data. This means that older aircraft, which have fewer sensors on board, benefit less from it. The AI models or algorithms that read the sensor data are similar to algorithms used in comparable applications in bridge and wind turbine maintenance. There too, the aim is to spot anomalies in a sea of numbers that could indicate a failure or breakage. Rare failures are particularly difficult because the AI algorithm does not recognise them if they have not occurred before.

ReMAP is public, open-source and brand-independent

The ReMAP developers would therefore like to have access to data from other airlines’ aircraft to increase the likelihood of rare faults being detected. But airlines regard that data as their business secret. To avoid this catch-22, the developers have designed an IT platform that allows AI models to learn from data from multiple airlines, while the data itself remains with the airline. This construction should remove the reluctance of other operators to share their data. ReMAP is public, open-source and brand-independent, stresses project leader Santos.

“We are now mainly using data from moving machinery such as pumps and compressors,” says Freeman during a walk across the green strips through the maintenance hangar. He expects the next generation of aircraft to also have sensors that monitor the condition of the fuselage, wings and panels. Aircraft will then report when damage or fatigue occurs. Part of the ReMAP project is therefore involved in generating data for materials research. 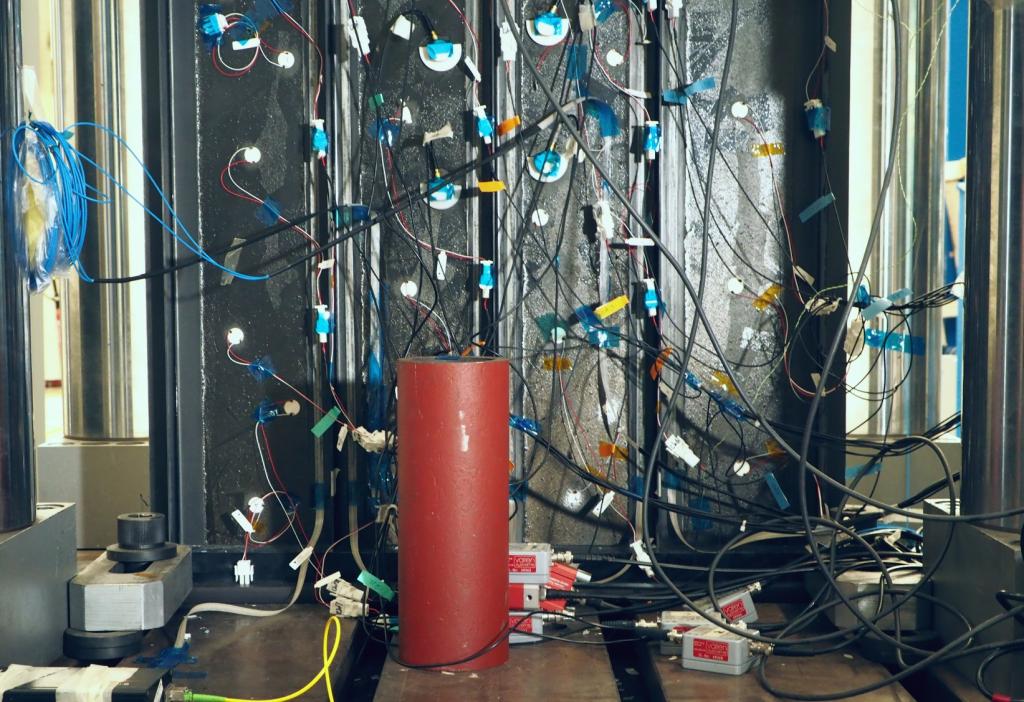 In the lab the deformation of a panel under stress is recorded by dozens of glass fiber sensors. (Photo: Jos Wassink)

Spreading
The researchers understand that condition-based maintenance will only take off with the cooperation of other airlines, aircraft manufacturers and maintenance companies. For this reason, the results are being widely disseminated at the First International Conference for CBM in Aerospace on 24 and 25 May 2022 in the building for Aerospace Engineering in Delft.

It is, in any case, encouraging that the advisory council for aerospace research in Europe, ACARE, expects condition-based maintenance to be accepted as the standard in aircraft maintenance by 2035. Some 20 years after that, ACARE expects that all new aircraft will have been designed for it.