TU Delft alumna Franca Overtoom will become the first female (assistant) referee at Go Ahead Eagles-FC Groningen on Sunday in a duel in the Eredivisie (the Dutch Premier League). Seven years ago Delta interviewed her for the Sportlight series (in Dutch). Overtoom studied Industrial Design Engineering in Delft and Dentistry in Amsterdam. At that time, as a 23-year-old, she whistled official women’s football competitions in the then BeNeLeague and male amateurs in the fourth division.

She said about her ambitions: “I would like to grow as far as possible in men’s football, I’m only at the beginning. If professional football is feasible, I would like to achieve that. The requirements for that are tough. You have to pass a sprint test, a fitness test and a game rules test and you have to be better than your colleagues.”

In April 2018 Overtoom made her debut as an assistant referee (lines judge) in the first division at the Telstar-Jong FC Utrecht match. So next Sunday will be her Eredivisie debut, also as a flagist along the line. (JT) 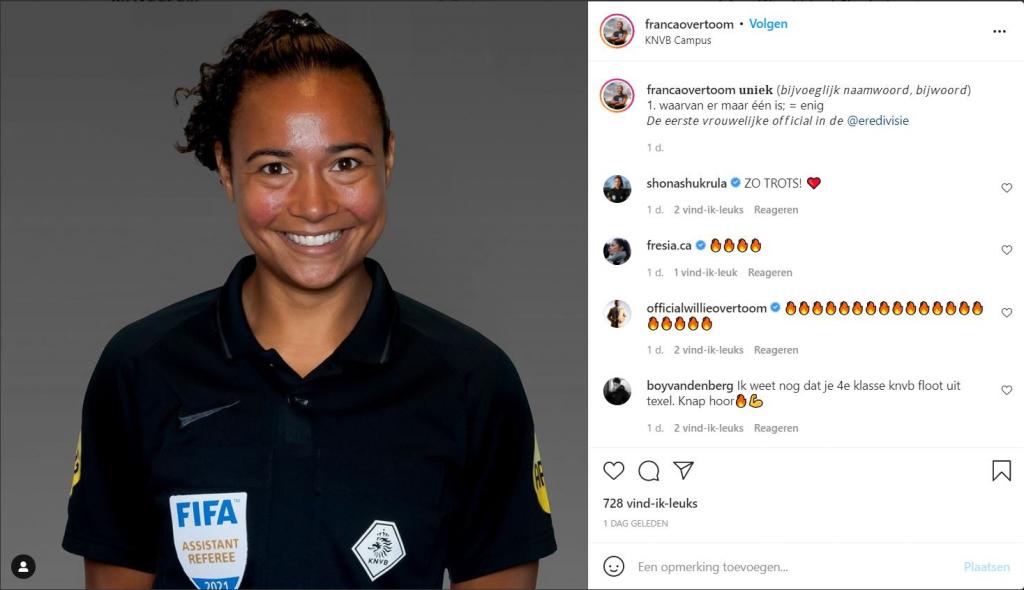